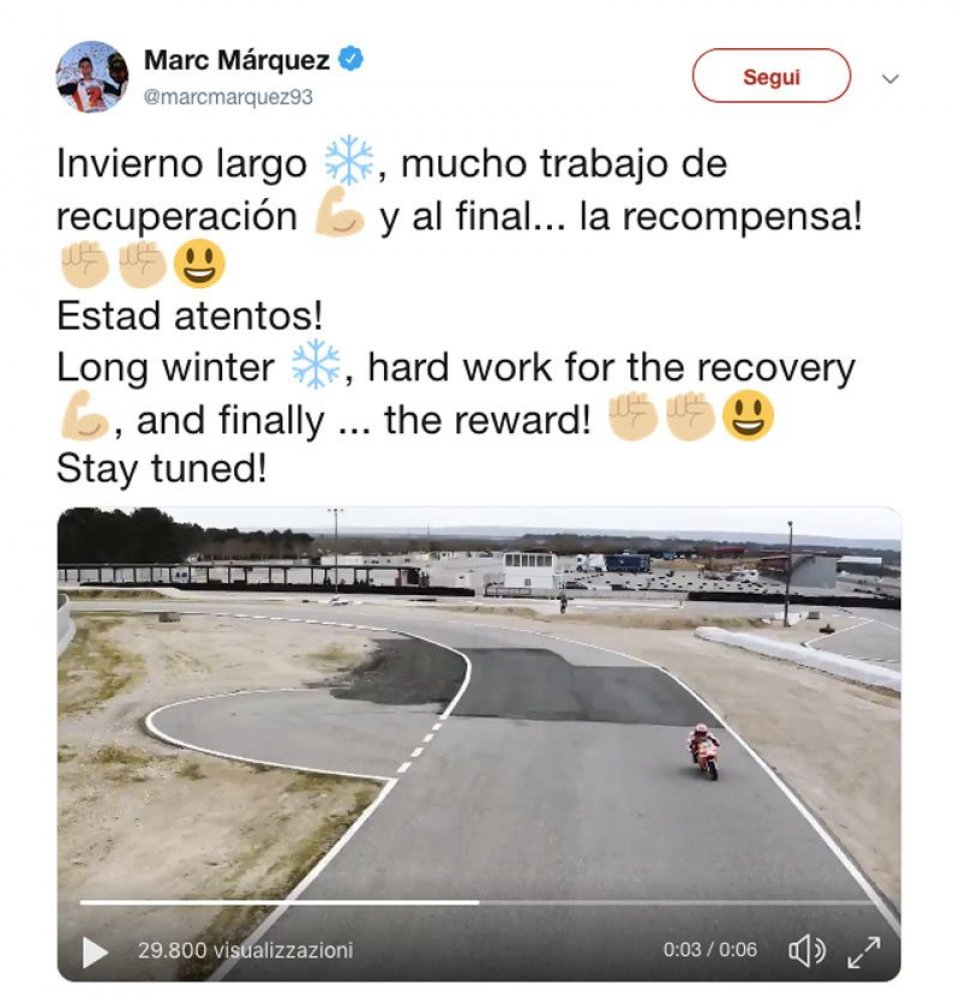 "It's been the toughest and dullest winter I've ever had", was Marquez's comment during the Honda team presentation, with reference to the long weeks of rehabilitation following surgery on his shoulder in December. The operation was a complicated one, due to the condition of his joint, and the recovery period has been equally difficult.

Marc has been unable to ride, but finally the fast is broken. Having completed a few laps on a bicycle, the Spanish champion has finally been able to put his leathers on and grab hold of the handlebars, just a few days prior to the Sepang test.

He wasn't riding his RC213V of course, but a Honda NSF 100 model wearing his colours. The laps proved useful, as the Spaniard was able to assess his physical condition before departing for Malaysia.

On his Twitter profile, Marquez promises that there are more surprises to come.