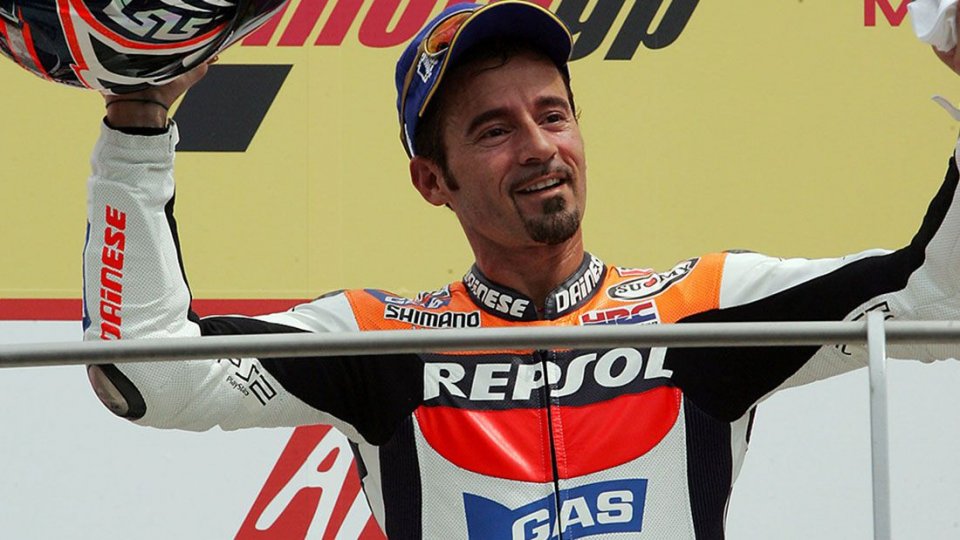 "It's unlucky of course, but he can do it. It's not the best way to start the championship but he's not the first rider to have hurt himself just before the season start".

The words of Max Biaggi, in reference to his friend Jorge Lorenzo who has been unlucky enough to have fractured his left scaphoid in a training accident.

"He called me to tell me and the operation is the right choice - comments the six-time champion - i have some experience of this. I broke my left scaphoid early in my career, while racing in sport production and, without surgery, I suffered for a long while. Then, just before the Sepang test, as I was about the make by debut with the Repsol Honda team, my dream, I hurt myself. Badly".

It was 2005. Max crashed on 6 November 2004 at the Sagittario circuit while training with the Supermotard. It was a serious accident in that he suffered a serious fracture of his left ankle bone, the talus, or the 'scaphoid of the foot'.

"I didn't want to have surgery in Italy, as they couldn't guarantee the outcome. As ever, Claudio Costa was fantastic. He found a hospital, in Lyon, where the surgery was available, and a second medical team. I had the operation on 8 November, two days later, on both sides of the foot at the same time, to speed things up. I was back on track for the Sepang test on 23 January. It was my gear shifting foot, but it was OK. I think I finished fourth actually. I was pleased because, following the surgery, I had worked all day, every day with my physiotherapist Marino Laghi".

Jorge Lorenzo now faces a similar ordeal. And he has less time on his hands.

"He'll miss the first test in Malaysia. A pity because he could have got a better handle on the bike, which is new to him, but also build relationships with the team, also new. His first race in Qatar will be difficult, because of the after effects of his injury but also the fact that it's Marquez's territory. But Jorge is tough - he'll do it".