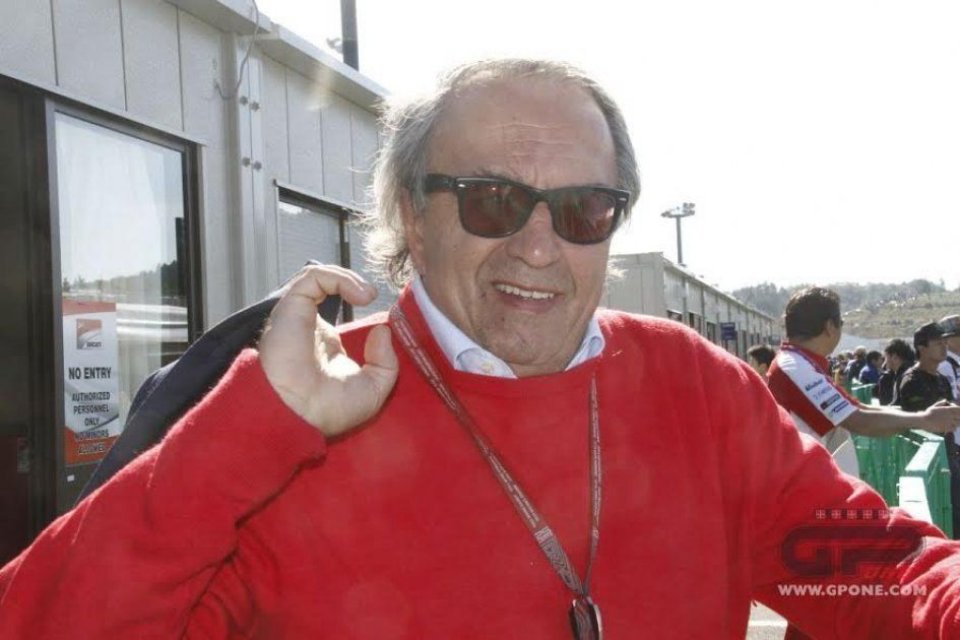 In recent days, we spoke with Carlo Pernat about the challenges the 2019 MotoGP season is likely to bring: Valentino's fight for a tenth title, the battle between Marquez and Lorenzo and, of course, Ducati's title chase. The reigning class has a lot more to offer though, starting with those manufacturers that just need that final piece to be able to fight with the best and those who have experienced more of an uphill climb than they perhaps expected.

We are talking about Aprilia, KTM and Suzuki, three very different situations though all teams share a desire to make an impact in the toughest and most important of championships. The Italian manager starts with the Austrian manufacturer.

“Frankly, KTM has been disappointing. The firm has a big budget and I would have expected more rapid progress. Perhaps it was also a rider issue, Pol injured himself, Smith perhaps wasn't up to the task, you pay for certain choices but their bike is definitely not the end of the world”.

They have relaunched with Tech3 and other investments.
“It's the first time I'm giving KTM an 'insufficient' mark, I think they will get there but it's taking too long considering the investments made”.

And Aprilia?
“Aprilia has done the opposite to KTM, because it didn't enter MotoGP in the right way. You need the technical management on the one side and the sporting management on the other, as was the case with Witteveen and me in the past, for example. Instead, they confused Albesiano by giving him both roles, while engineers should only be engineers, nothing else”.

Do you think they have learned from their mistakes?
“The investment hasn't been enormous, but above all they've wasted time. They are getting the structure on its feet at last but this should have been done years ago, with a sporting director and a technical chief, two fast riders like Iannone and Aleix, a test team and expert technicians. It should have been done before now, they've thrown away years".

Massimo Rivola is now on board as CEO of Aprilia Racing, the right choice do you think?
“I hope that Rivola's arrival can be important both from a practical and image standpoint. It's clear that two wheels differ from four, I've seen many arrive from the auto world only to fail, like Barnard. Success isn't guaranteed, they are two different world and the riders and drivers also differ in mentality. It won't be easy for him, but Aprilia now has the right structure, better late than never”.

Suzuki is in a very different position, close to the front…
“It's a great company, historically it's always had a bike with an engine that was inferior to that of the competition but with one of the best chassis - that has now changed. Today they've also taken a step up in quality and are working very well.  Both Iannone and Rins have proved useful, because one pushed the bike to the limit and the other interpreted it in a different way in terms of riding style”.

A pairing that is no more…
"From a sporting standpoint, I think we'd have seen a better battle with Rins against Iannone rather than Rins against Mir.  It's as if Suzuki is always looking to far into the future, without that real ambition to win a world title”.

What do you mean?
“There was a moment, last season, when Suzuki could have secured Lorenzo. I think they could have come to an agreement for around 5 million and it would have been an important investment to try and win the title. But it didn't pan out and that gives me the impression they lack a little ambition. I'm not debating Mir's talent, but that is an investment made with an eye to the future, while Jorge is a rider already ready to fight for the title”.

And Rins cannot do that?
“Alex has taken a big step forward, having learned a lot from Iannone. He may be able to fight for the title, we'll have to see".