All sports are based on battles, and motorcycling is no exception. In 2019, MotoGP is set to be a true battlefield, perhaps even more than usual. Now that we're counting down to the Sepang test in February, we asked Carlo Pernat about the main challenges likely to characterise this upcoming race season. 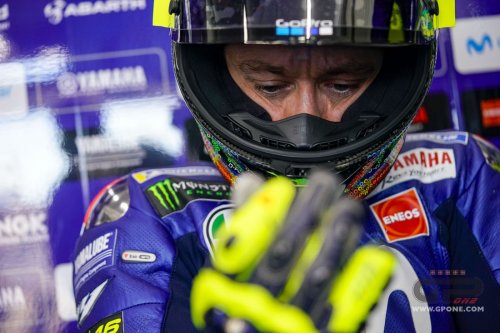 Carlo, what are the fans most looking forward to in terms of battles do you think?
“Valentino's fight for his tenth title, almost a mythological creature (he smiles). It's a Tom Cruise-style mission impossible, but in the films it all becomes possible”.

Can Rossi do it?
“I think success will depend more on Yamaha than on him. Rossi is extremely prepared, also last year, when the M1 was competitive, like in Malaysia, he ran up front. Valentino is a race animal and will be there, but at 40 there is no more room for improvement and that needs to be acknowledged. You can't ignore the age difference between him and his rivals, in certain conditions, he won't take certain risks while the others might. I'm sure that he'll be up there anyway, then a lot depends on Yamaha”.

Will there be an in-house derby too?
“Definitely, between Valentino and Vinales, but it will be very different to that in the Honda camp, between Marquez and Lorenzo. On the one hand, there's Rossi, a very charismatic rider and, on the other, Maverick, who I think suffers from the pressure of his team-mate. In my opinion, that's a battle Valentino has already won”. 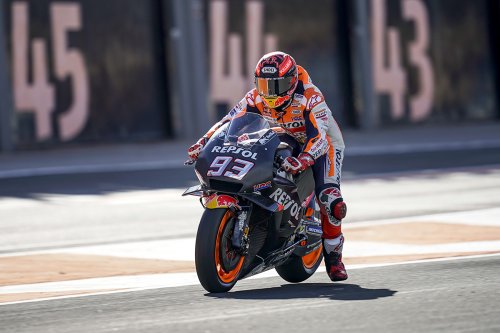 You mentioned Honda, how would you describe the situation between the two Spaniards?
“It's the main battle of the year and is two-fold: external, to win the world title, and internal, because they find themselves on the same team. This will be the number one battle both riders want to win and with two different personalities: Marc is a guy who always smiles even when he plays dirty tracks, Jorge is more testy, it's harder for him to find the balance but when he does he's the most complete rider of them all. When he doesn't, there are highs and lows and he can make mistakes, both on the bike and in his comments”.

What's the fundamental quality required in this case?
“The battle will not just be about strength, but also mental equilibrium and I think Marquez has the advantage there. But Marc has had shoulder surgery and Jorge is very motivated by this new adventure, so anything could happen”.

In Ducati, we have Dovizioso and Petrucci, who say they want to collaborate rather than fight..
“In Ducati the internal battle is more transient, between two riders how are very relaxed psychologically speaking, I don't think there'll be any real problems. Petrucci has the opportunity of a lifetime and will try to make the most of that. Danilo has cut his own path, he deserves credit for that, not having come up in the classic way through the junior categories. He's not a natural talent like Valentino or Marquez, he reached the factory team with sacrifice, deserving his place. Now he has this chance and we'll see what he does with it. It's clear that in a head to head he's weaker than his rivals”.

The red bike has been defeated on two consecutive occasions, is there a risk that it will be the eternal runner-up?
“Today's Ducati is the bike of reference and that's down to Dall’Igna. Up until three years ago, everyone wanted a Yamaha, and they had to spend a lot of money at Borgo Panigale to secure Lorenzo. Now things are different. So it's all on Dovizioso's shoulder because he no longer has alibis when it comes to the bike's competitiveness”.

So in a certain sense Ducati has already won?
“Dall’Igna was smart to not play the Japanese at their own game. Gigi was clever and cunning, fighting them with the aerodynamics, an area in which they knew nothing, in fact they even tried to boycott his efforts. Now we're in a situation in which the Japanese are following Ducati, and this is the most important battle that Dall’Igna has won”. 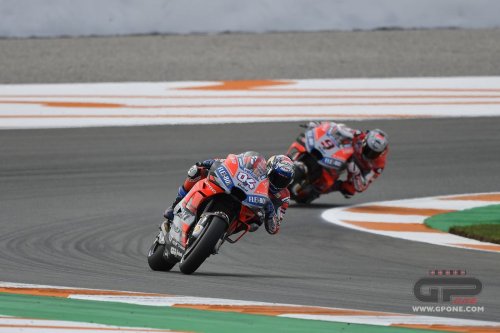 But no title as yet, can Dovizioso secure it?
“I think Dovizioso has already taken a step up in quality, if we call Marquez a phenomenon, Dovi is an almost-phenomenon because he's been able to beat him and in doing so, he's gained that final step he was missing. It's all in his hands now”.

On the other side, we have Marquez and Lorenzo…
“On paper, there's no contest between the team Honda is fielding, with Marquez and Lorenzo, and that of Ducati, with Dovizioso and Petrucci. But with Ducati having the bike of reference, a Dovizioso who has taken a step up and a Petrucci who has the chance of a lifetime, all of this might impact on the final result”.

Might this be Dovi's secret weapon?
“A rider lives off his motivation, beyond his talent, and if you don't have it you must create it, even riders who win need to do so. I used to tell Biaggi: you need to create an enemy, if you're alone look at your shadow, that's your enemy”.

There will be no end to the battles in 2019 then. We'll speak more about this with Carlo Pernat in the next few days. Stay tuned!

"When things are not going well, you can feel the weight of the name on your shoulders. My goal for 2020? Improve myself"
4 days 1 hour ago