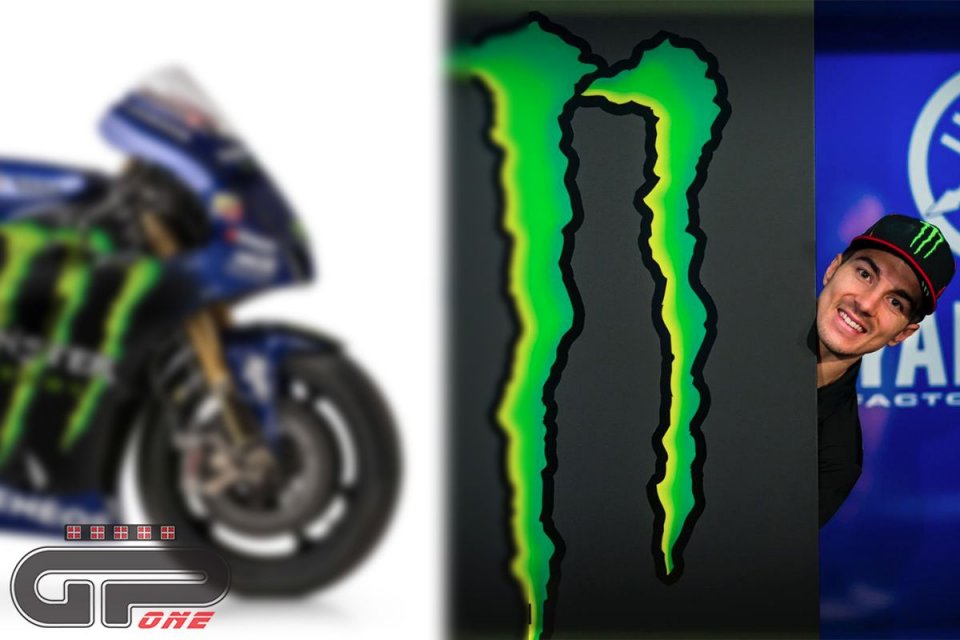 As of this season, the colours of Maverick Vinales and Valentino Rossi's Yamaha M1 are in for a drastic change. Now that the partnership with Movistar has drawn to a close, it will be Monster - 'orphaned' by team Tech3 that has moved across to KTM with 'enemy' Red Bull - that will take up the baton, becoming the factory team's main sponsor, the squad now known as the Monster Energy Yamaha MotoGP team.

Various photo shoots of the M1 are in progress and rider Maverick Vinales has only added to the fans' interest by posting a photo on his Twitter page. 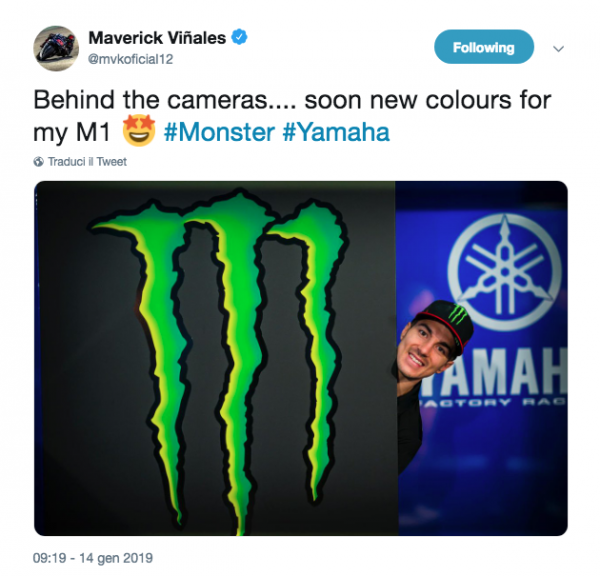 "Behind the cameras... soon new colours for my M1", writes Maverick, who also shares an emoticon that leaves us in no doubt as to the new graphics.

We have come up with this possible colour scheme and, considering we're talking Monster, we've gone for 'monstrous' graphics, aggressive and in line with the sponsor's spirit. Will it look like this? We don't know of course. But we're sure that the new graphics of the M1 will make their mark.