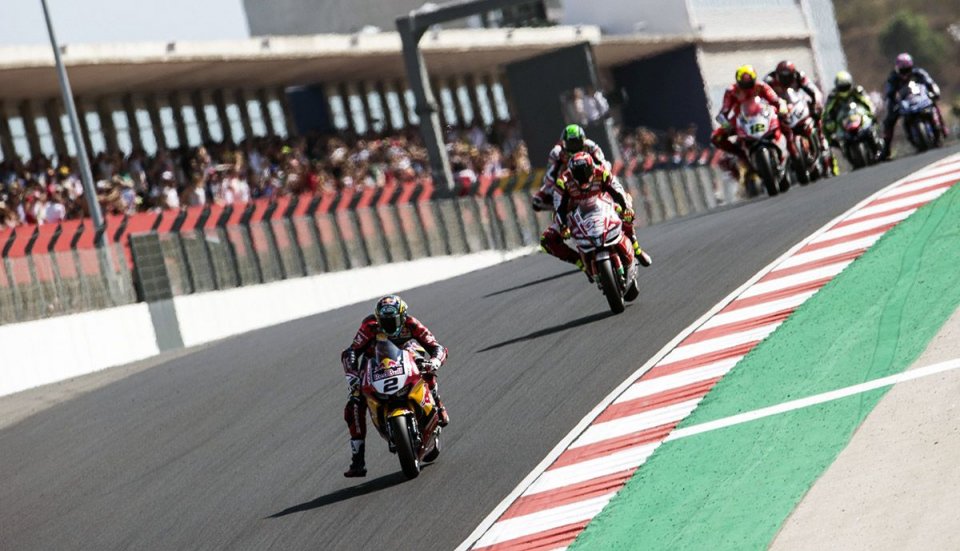 The Portimao track is one of the most spectacular facilities in Europe. With its unique, undulating layout, it can definitely be defined an "old school" track. There was no holding back when it was designed, the result a track that incorporates a little of everything. From the straight, almost one kilometer in length, to the thrilling long turn that leads onto it, by way of a series of changes in direction that really put both bike and rider ability to the test.

Having first appeared on the SBK calendar back in 2008, a season in which Troy Bayliss scored a legendary double win on the day he officially retired from the championship, the track, located in the Algarve, has always expressed a desire to be part of that elite group of MotoGP circuits. The facility cost almost 200 million euro and now that Portuguese talent Miguel Oliveira is competing in the reigning class, it looks as if things are finally moving.

According to Portuguese publication CM Jornal, the Autodromo Internazionale di Algarve, as the track is officially known, will invest almost 1.5 million euro to secure a MotoGP round, with the support of the local government. Portimao mayor Isilda Gomez confirms:"Negotiations are in process, the event would guarantee a financial return for Portimao and the Algarve".

A three-year agreement, spanning 2020 to 2022 is possible, and it is likely that the idea will prove appealing to Dorna thanks to the presence of Miguel Oliveira, who will debut in MotoGP this season, riding the KTM managed by Tech3, having lost out on the Moto2 title to Pecco Bagnaia in 2018. It is no secret that the Spanish organiser wants a round in every nation represented by rider and Portugal has been missing since 2012, the year in which Estoril hosted the Portuguese GP for the last time.

Portimao is undoubtedly a perfect facility for the MotoGP, though finding space on the calendar will not be so simple, unless the round were to take the place of an existing Spanish round.

Here is an onboard with Niccolò Canepa that perfectly highlights what a high-speed lap of the beautiful Portimao track really means.

The young rider was transferred to a ward at the Meyer hospital in Florence. She fractured her pelvis at Mugello during the first CIV test but will...
9 hours 38 min ago

Upon authorization, highly skilled sportsmen and workers will be allowed to cross borders
1 day 5 hours ago