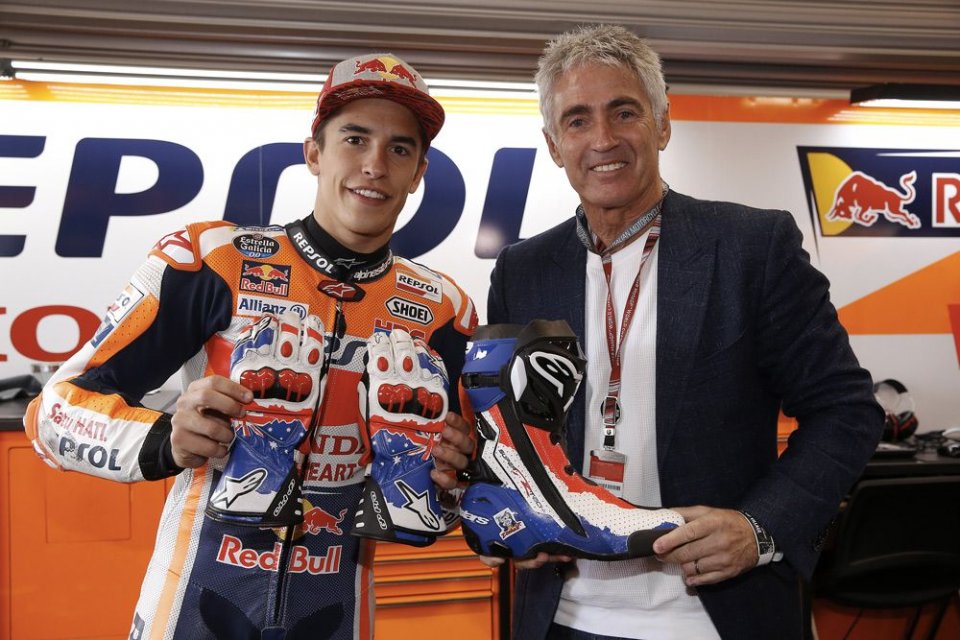 A few days ago, Doohan visited Marquez as the Spaniard convalesces following shoulder surgery. The five-time world champion, during an interview with motogp.com, spoke at length about Marc, but also about Lorenzo's arrival in Honda and, naturally, Valentino.

Mick has never concealed his appreciation for Marc and is quick to point out how much of the success comes down to the rider himself.

“Over the years, there were as many as seven Hondas on the grid at one point because everyone said they needed a Honda, but there was still only one winner - he comments - I think a rider like Marc is going to make the difference, you need a good machine too but the rider is going to make the difference. In the past when you’ve seen guys getting decent results and they change brand because they think they need another bike and their results are the same, I think if Marc was to change to a different manufacturer, whichever you want, he could still win."

There are those who claim Marquez needs to change bike to really prove his worth. Doohan disagrees.

"That’s bullshit. If that’s coming from his competition, they already know how strong he is on the bike and off the bike so they’re trying to make themselves look better, unfortunately at any period of time there are only one of two guys, from as long as I can remember, who were dominating and Marc is in that position at the moment. I think many of his rivals who have been in the same position haven’t been able to take advantage of the machinery they’ve got, Marc has been able to put his ability to good use along with the capability of his motorcycle."

And his growth path is not yet at an end.

“I think Marc can only get better. He’s 25 years old, so I think if you look at Valentino, he’s close to 40 and still learning so Marc will continue learning. Marc has had a strong teammate in Pedrosa but now he has a multiple MotoGP Champion in Lorenzo pushing him. I haven’t seen any test results as yet but equally, he knows he’s got a serious competitor now on the bike against him, which will motivate him. When I was competing many years ago I never concerned myself with who my teammate was. I’m quite confident that Marc is the same."

Mick's view about Jorge's arrival is an interesting one.

“If Lorenzo is in front of him, it’s no different to Pedrosa being in front of him or another bike. I think where the strength will come from is that there are two different styles and both guys are very mentally strong, and I think they should be able to build the Honda to a much stronger position, the Honda will just get stronger. If Marc loses to Lorenzo it’s only a win-win because it will only push them two to develop themselves better."

A final word on Rossi.

“I’m not surprised by his performance but his durability and his desire to win and to ride as long as he has…there aren’t too many people globally, no matter what discipline, who push themselves for that long at the top of any sports. He’s great for the sport without a doubt, a great character and he adds flavour to the race. I think the strength of the Valentino’s, the Marquez’ and one or two other guys is in their mental application and their ability to keep pushing lap after lap after lap."

Marquez: "I have maximum confidence in Honda, anger doesn't work"

Marquez: "Third quickest is not my position, the Honda feels heavy to ride...