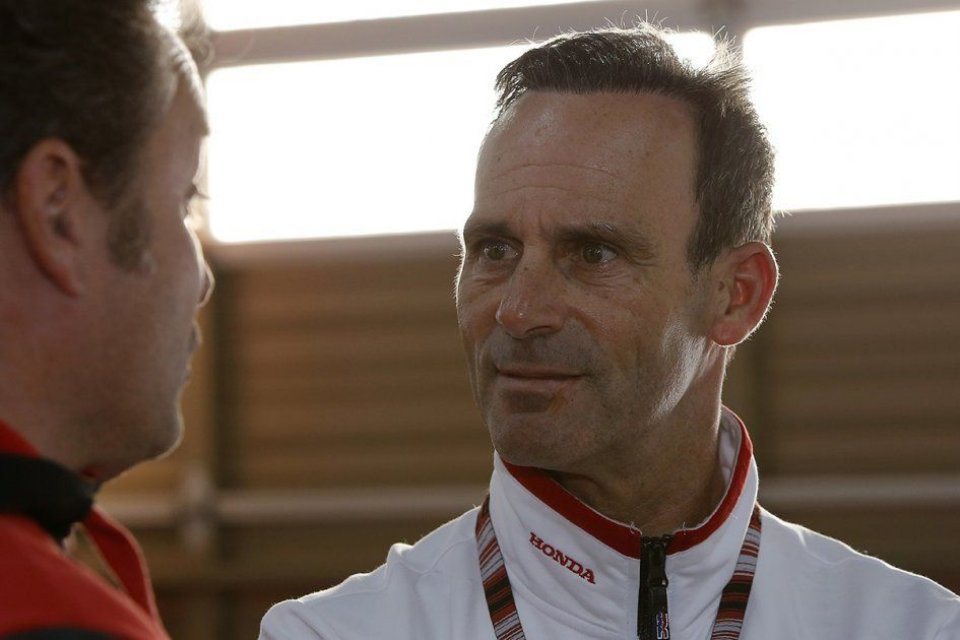 The bikes are parked up for the winter and so rather than the stopclock, team members are speaking up. In recent days Alberto Puig gave an interview to lavanguardia.com, looking back at the 2018 season as well as forward.

The Honda team manager also touched on the subject of Valentino Rossi, and he didn't exactly mince his words: “Valentino has been a great rider and has my full respect. But, everything has its time in life and he is now experiencing a difficult period and won't accept that his time is over – commented Puig – sometimes you have to stop and think. Whether you like it or not, Marc Marquez is now number one. He is not worried about the opinions of those who revolve around Vale – he added – in fact, in Rossi's behaviour, we've identified signs of weakness”.

He then goes on to talk about Dani Pedrosa, whose adventure with HRC has now come to an end: “Since being in Honda, I've seen a different Pedrosa, I left him when he was at the top in 2013 – he declared – I honestly don't know what he's done in recent years". The team manager doesn't stop there: “To be a MotoGP champion, he needed to do things that he didn't do. No one gifts you anything in life. There are other riders who wanted to win the title more than he tried to”.

While on the one hand, there's the past, on the other hand Puig is already looking to the future. There is great interest in the Marc Marquez and Jorge Lorenzo pairing: “Honda has never assigned the roles of first and second rider, or put any obstacles in the way – highlights the team manager.

Marquez will need to look out for the Majorcan “In recent seasons Marc has never had any internal competition – said Puig – Lorenzo could be something of a shock for him. If he's quick that will be further stimulation for Marc to be even more competitive. If Jorge adapts to the Honda, he'll be quick and when he's quick he's very quick. I don't expect them to become brothers, many team managers try to prevent conflict between the riders but I think that's a mistake, as you never win by doing that”.

First weekend of racing for the 300 category that gave us two exciting and very tight races. Championship standings congested with Carrasco in 4th...
19 hours 45 min ago

The rising star of the MotoGP is a fellow citizen of the mayor of Nice, Estrosi, who received as a gift yesterday the Pernod with which he competed...
2 days 4 hours ago

The technicians unsealed the engines without communicating it, the FIM Stewards recognized the good faith but still punished the team
3 days 48 min ago

Twelve apartments available for people in difficulty. "The best way to carry on the legacy of the Kentucky Kid," said the mayor of the city.
4 days 26 min ago

Manuela, wife of the rider from Romagna and a permanent presence in the paddock by his side, will not be in Spain due to the Anti-COVID rules, but...
5 days 1 hour ago