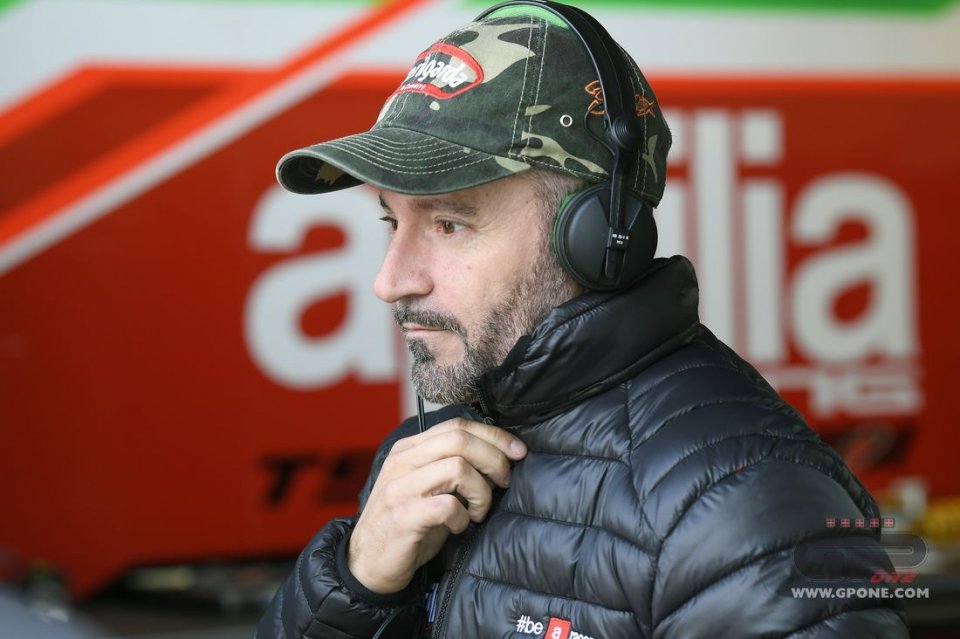 Max Biaggi was a guest on Italian TV show Domenica In and spoke about life following the very serious accident that he had, more than one year ago now. What looked to be a simple crash while he was training with his supermotard, turned out to be a lot worse than first though, the Italian taking on the toughest and most important battle of his life.

“I crashed at 40 km/h, but I don't remember anything about the accident, only waking up in A&E - he recalls - I had 12 broken ribs and a collapsed lunch, 80% of people with this type of trauma don't make it. Before the second surgery, I feared the worst, I thought there was no way out”.

Yet Max came through and has made a full recovery. That time has nevertheless had a significant impact on his approach to life.

“I realised what makes me happy, what makes me go on with hope and joy, and that's my kids - he confesses - from that moment, I set myself priorities and, though it's not nice to say, I became more cynical, getting rid of the superfluous. I saw life getting shorter, like a road narrowing as you're racing at more than 300 km/h, and I started to get rid of what I didn't need”.

Biaggi has changed, but bikes remain a fixture in his life. He no longer races, but is a team manager, his squad set to debut in the Moto3 championship next year with rider Aron Canet. While racing is a closed chapter, Max still completes the odd lap on track.

“I promised my dad that I wouldn't ride again, but I meant racing. Now I only ride to enjoy myself, I don't race”.

A leopard cannot change his spots.

The newspaper "Iltalehti" reports on its website that construction companies Maanrakennus Pekka Rautiainen ky and Macra oy have filed compensation...
2 days 16 min ago

The Scottish rider is currently involved in the British SBK championship, in the past he has raced in the Rookies and Talent Cups and will make his...
1 week 41 min ago

The Soft tyre in the front provides riders with a very good feeling and also a strong grip on maximum angle. The Medium front tyre could also be a...
1 week 16 hours ago

At the exit of Turn 5, Miller was observed to be riding slow on line, disturbing rider #12 and causing a safety concern. Same punishment for Baltus...
1 week 16 hours ago