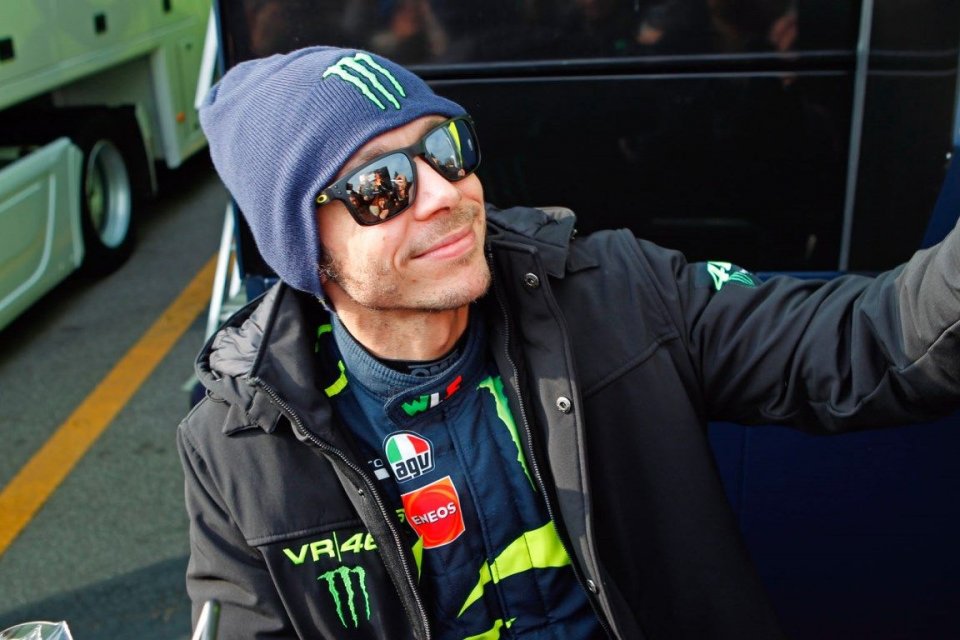 He is the clear favourite at this year's Monza Rally Show and, after what we've seen in the first practices, he has sent his opponents a clear signal. Valentino Rossi made no calculations, powering through the first two special stages. At the end of the first stage, the Doctor has a 7”1 second advantage over Teemu Suninen, an official Ford driver in the WRC and another of the big names taking part in the Italian event.

Rossi's weekend could not have got off to a better start.

“I'd say we've made a good start  - comments Rossi - in the first practice I knew I couldn't make any mistakes, and in the second I was as competitive as I'd hoped. The race is long though, and on Saturday we have the Grand Prix which is always important”.

Contrary to recent editions, Valentino is driving a latest evolution Ford Fiesta Plus this year. The car has an additional 80 HP to the previous WRCs meaning that perhaps the outcome is something of a foregone conclusion.

“Testing this car was an opportunity non to be missed, as the Plus makes up the modern Group B. I admit that I miss fighting with the stronger drivers, like Bonanomi, Cairoli and Longhi, but in the end, the desire to test it won out, as I don't know if I'll have another chance in the future. It's faster than other WRCs and offers better grip”.

Does his Yamaha perhaps needs a high-performance engine like that of the Ford?

“I think the bike is even faster, but the car holds you in your seat. It's easy to drive, and performance is better than with the previous WRCs”.

Everyone is also curious to know when Hamilton will visit the ranch.

“Lewis and I speak often, but up until now we haven't been able to arrange a date. I'm sure we'll do it sooner or later though”.

Valentino is focused on the race, but also the Juve-Inter derby that took place on Friday.

“We'll be watching it here in the garage, also because supporting Juve at the Stadium never bodes well. Ronaldo? He worries me, sure, also because he's the strongest player in the world. We hope he's not in top shape this evening”.

While Inter was preparing for a tough gig, the same goes for Rossi's rival Suninen at the Monza Rally Show

“I reckon Suninen's in for a harder time with me than Inter (he smiles)”.

Lastly, a word about his recent season.

“I consider third an important result, but I can't deny that it's been a complicated season, particularly the second half. i''m sorry not to have won a race, so we need to try and be more competitive in 2019”.