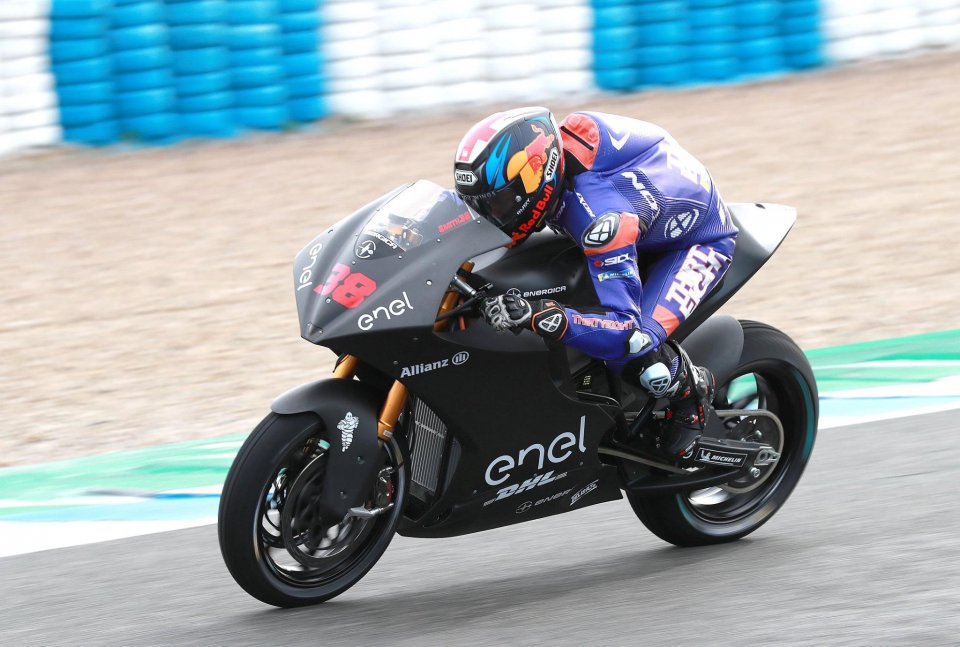 In the end, it was bad weather that put paid to teams' plans on day two of MotoE testing at Jerez. The stable conditions of the morning were followed by rain during the afternoon, which forced many riders to remain inside the garages. Only a few brave souls chose to take on the elements, but with lap times far from the quickest.

No one was able to match the 1’50”265 set by Bradley Smith during the morning then, the Brit therefore closing as the fastest rider overall. He was followed by Niki Tuuli (+0.362), who confirms his talent on board the Energica after setting the quickest time on Friday. Despite finishing three tenths from the Brit, the Finn closed just ahead of Mike Di Meglio (+0.476).

As for the Italian contingent, Mattia Casadei (+0.620) came off best, finishing fifth ahead of fellow countryman Matteo Ferrari (+1.383), the latter flying the flag for Gresini. The Italian pair have high hopes, despite being separated by more than half a second. Also inside the top ten was Niccolò Canepa (+2.110), who completed only six laps during the day. Despite the lack of track time, the Italian closed five tenths ahead of Sete Gibernau (+2.668), one of few who headed out in the afternoon on the wet track.

The same goes for Randy De Puniet, the fastest in the wet, and seventh over all behind fellow Frenchman Kenny Foray. Australian Josh Hook rounded out the day in eighth place. Alex De Angelis and Lorenzo Savadori both chose not to ride in light of the weather. Marvin Fritz was also called upon to ride, standing in for Swiss rider Raffin who was competing in the final CEV round at Valencia. Sunday sees the final day of testing at the Spanish track. 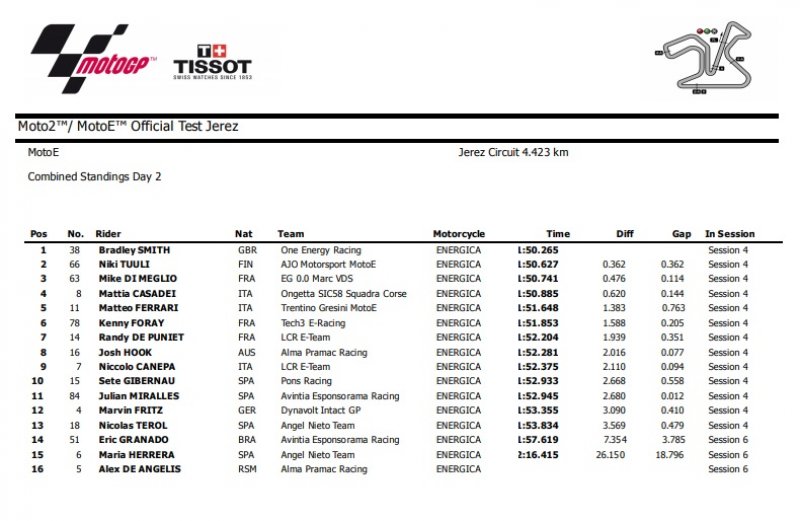 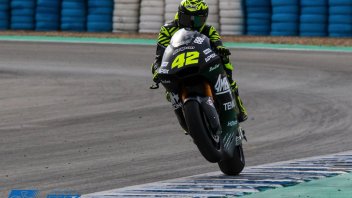 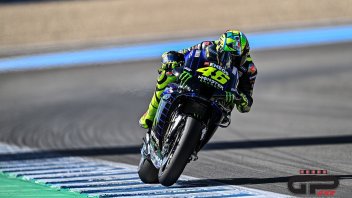 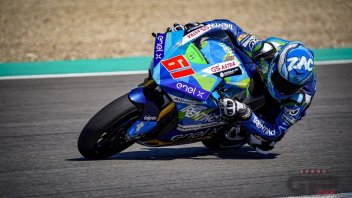 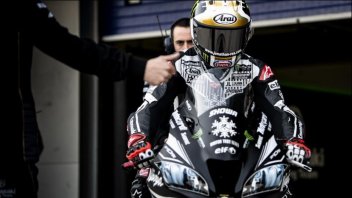 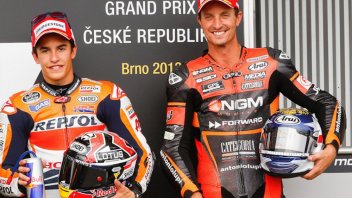