It's a busy time for Dorna, the 2019 World Superbike calendar set to be announced in the next few days. It was originally meant to be unveiled last week, but some delays have forced the organiser to postpone publication.

The delay has been caused by issues relating to some European date changes, so as to avoid any clashes with MotoGP and Formula 1. It looks as if the 2019 season will involve just 13 rounds. Having said that, Laguna Seca remains in doubt. It looks increasingly as if the American round will disappear from the calendar, having attracted little interest this season.

A real blow for the fans, who will miss the spectacular Californian track. Laguna Seca may not be the only one either, as Brno will not feature on the 2019 calendar either. News that was confirmed by the circuit organisers during the summer, the extension of contracts proving to be the sticking point.

It is therefore very likely that the Superbikes will return to Jerez, while in order to avoid having only 13 events, Dorna is also evaluating the possibility of a German round at the Lausitzring, absent in 2018. One thing that is certain is that the championship will get underway over the last weekend of February, with the Phillip Island round, to be followed by Buriram and then the first European event at Aragon in April. As for Italian rounds, both Imola and Misano are confirmed, while one new entry might be Kyalami.

In recent months the South African circuit bosses have denied that this is a possibility, but it appears the idea of bringing the Superbikes back to South Africa is still on the table. All we can do is await news from Dorna. 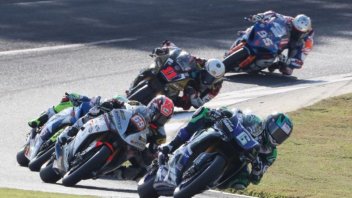 The ten 2019 rounds now in streaming 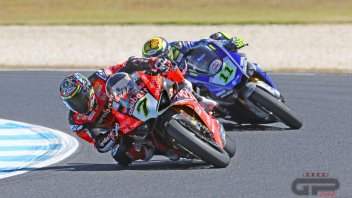 Financial problems forced him to reach this decision, despite having signed a contract with the Boe Skull Rider team in September.
1 day 39 min ago

Marc welcomed Romano at a press conference at the Red Bull Ring. Dovizioso: "It's easy to judge from the outside. I'm sure he'll be even faster."
5 months 1 week ago

His pole position has not been erased in the history, but will no longer start from the pole but still in the front row. The most penalized Migno who will start from the bottom of the grid
5 months 1 week ago