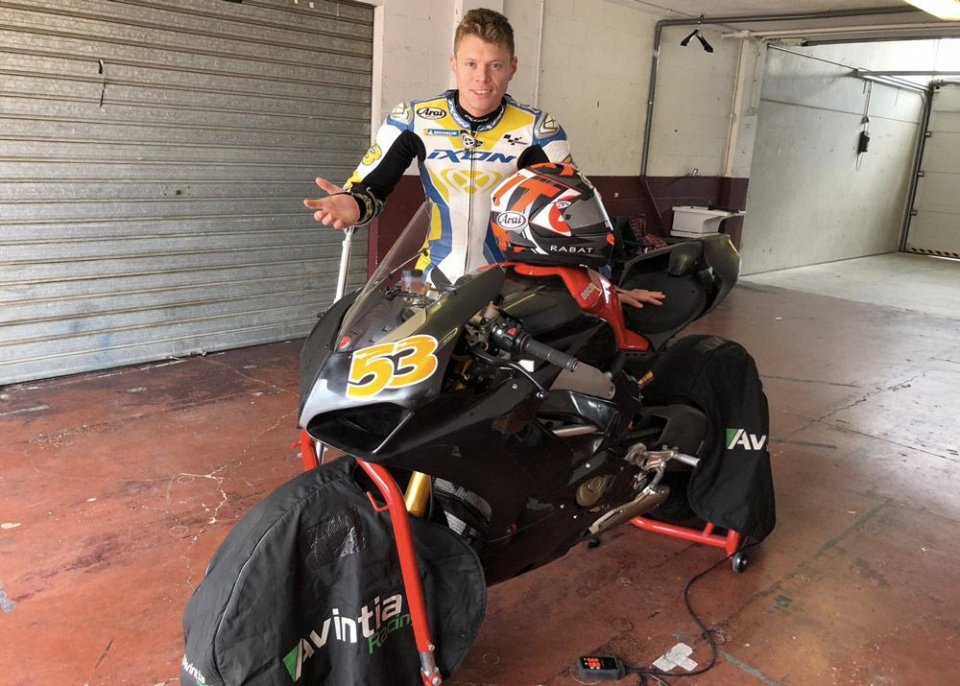 73 days after the terrible accident at Silverstone, in which he broke his right leg in three places, Tito Rabat has climbed back on a bike, a Ducati Panigale V4, at the Valencia track. The brief session helped the Spaniard to realise that he's still far from physically fit and, in agreement with doctor Angel Charte, he has decided not to compete in the Valencia GP.

Tito will be able to ride a MotoGP at the Ricardo Tormo track though, because he will take part in testing taking place on the Tuesday and Wednesday following the race, when he'll take to the track with the Desmosedici GP18.

“I've worked hard for more than two months, since the accident, and my leg has improved each day. I've ridden my Panigale at a couple of tracks and have seen that the leg is not a problem on that bike. I realise I'm still not 100% though, and it would be dangerous for me and the others if I were to race at Valencia, not doing so is the best decision I think. But I'll definitely test  my new Ducati GP18 on the Tuesday. W'll see how I feel and then I'll continue to work to return to full fitness in time for the start of the new season, that's the most important thing”.