In the USA, two-wheeled competition is also already thinking about 2019. The MotoAmerica championship will be celebrating five years of action, introducing various interesting changes and announcing a calendar that will be set up over 10 race weekends, spread across the country over 9 states: “We’re happy with our schedule as we enter the fifth year of the MotoAmerica Series – explained top man, Wayne Rainey - I think having the same events return on dates that are the same or very similar to years past brings more stability to the series. Our fans can start to really plan for our events, year to year, based on the consistency of our dates and our racetracks.”

The baptism of fire will take place in Braselton, Georgia, home to the Dukes of Hazzard and REM: from 5 through 7 April, American fans will be able to enjoy the show at the difficult and spectacular Road Atlanta circuit.

One week later - from 12 through 14 April, everyone will be in Texas: at the Austin COTA, the Superbike riders will share the paddock with the World Grand Prix Motorcycle Racing Championship aces in what is predicted to be a sold-out event. 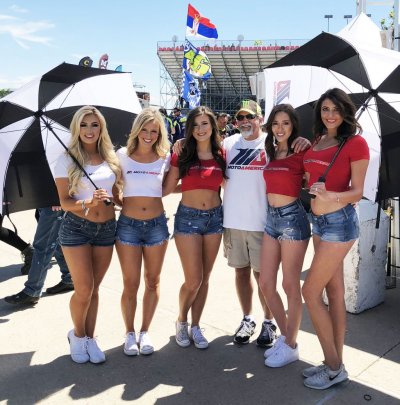 During the first week of May, on the 4th and 5th, the VIRginia International Raceway will host the race weekend and there is sure to be a thrilling show there too.

The Indycar Series races at Elkhart Lake, but so do bikes. In fact, that will be the location for the fourth round of the season, scheduled from 31 May through 2 June.

The Salt Lake in Utah is famous for its acceleration races and crazy speeds and the fifth round of MotoAmerica will be held in Grantsville, preferring the “short” layout so that all the spectators will have a good view of more track.

In July 2019, perhaps the most exciting and historic race of them all will be held. From the 12th through the 14th, the five categories will take on the Corkscrew, the technical and difficult point of Laguna Seca in California, which Rainey knows well: “Since I make my home here, we have big plans to make this year’s event a memorable one with a weekend chock-full of activities for our fans.”

Not sure where to go on vacation in August? Well, if you happen to be in the Sonoma area, also in California, during the week of the 10th and the 11th of the month maybe you’ll be able to pick up tickets for the seventh round of 2019.

Who knows if Steelers fans are also bike fans? (I know at least one who is!) From NFL to two wheels, because the Pittsburgh International Race Complex was recently completed in Wampun, very popular among the riders. The scheduled dates there will be from the 21st through the 25th of August.

There is more than just skyscrapers and big cities in New Jersey. Not too far from New York City, the American protagonists will be racing at Motosport Park on the 7th and 8th of September.

The Grand Finale will be at Barber in Alabama. Where the skies are so blue (provided it doesn’t rain!), from 20 through 22 September, the entire paddock will come together to celebrate the respective categories: Superbike, Superport, Stock 1000, Liqui Moly Junior Cup and Twins. 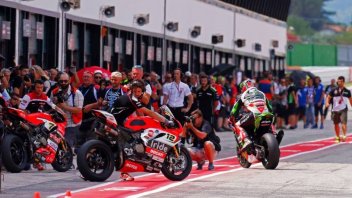