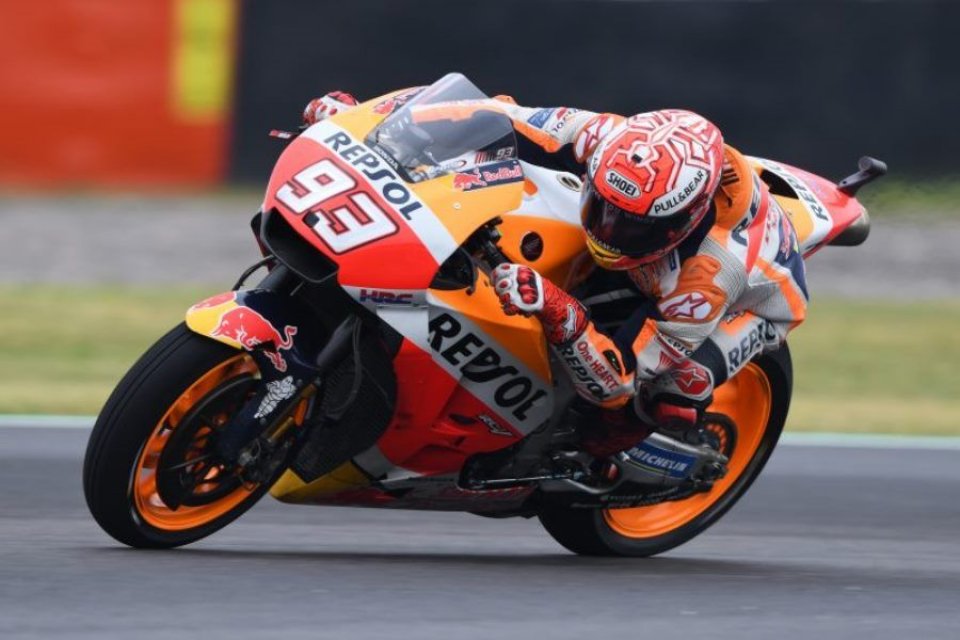 There was a risk of repeating the script from Silverstone, when the rain forced the organisers to revise their plans. At Sepang, the weather once again held everyone in check, so much to delay qualifying a full two hours. In the end, the riders went out on the track just after 5:00 PM local time, with Marc Márquez proving to be, for all intents and purposes, the Tiger of Malaysia.

Number 93’s performance was incredible, to say the least, taking home is 80th career pole position. On the wet track, the Spaniard proved to be a certainty, so much that he stopped the clock at a time of 2’12”161 and showed that he is a ground water missile. For the occasion, Marc opted for two medium tyres, on which he found great confidence, despite a slide on turn four at mid-session. It was an unforeseen event that, in any case, did not ruin his plans.

The impressive thing about number 93, besides the race pace he demonstrated in the dry, is the gap he created in the qualifiers, namely a full half a second ahead of Johann Zarco (+0.548). In the finale, his Yamaha found the juice to take second ahead of Valentino Rossi (+0.848). In the wet, the M1 machines show signs of life with the Doctor opting for a different tyre choice than Marc’s, namely relying on the soft rear instead of the medium. The gap ahead of number 46 did not go unnoticed, over eight tenths, unlike the potential the six-time world champion expressed.

In any case, Rossi can take comfort in having won the first round with his teammate, since Viñales has confirmed his limitations in the wet. In fact, the Spaniard was more than two and a half seconds behind his compatriot and tomorrow will start all the way back from the eleventh spot on the grid ahead of Aleix Espargaró and his Aprilia.

All of this begs the question: where are the Ducatis? On paper, the ‘Red’ looked like the favourite this weekend, invigorated by Dovizioso’s success over the last two years. The Italian, however, will start from the fifth spot on the grid Sunday, behind Andrea Iannone’s Suzuki, after qualifiers where he ended up in the gravel toward the end, so much that he is a full second behind Marc. On the last possible attempt, the Borgo Panigale representative had even managed to light up a red helmet on the graphics screen, but then the crash forced him to throw in the towel. In any case, Dovizioso can take comfort in what he demonstrated in the dry, since he had the best pace in those conditions.

To his right on the grid will be another Ducati, the one ridden by Jack Miller, whereas Danilo Petrucci’s GP18 will open up the third row with Rins and Bautista, the latter the best in Q1. Pedrosa’s Honda is on the tenth spot, while Michele Pirro and his Ducati were unable to get past the Q1 hurdle. 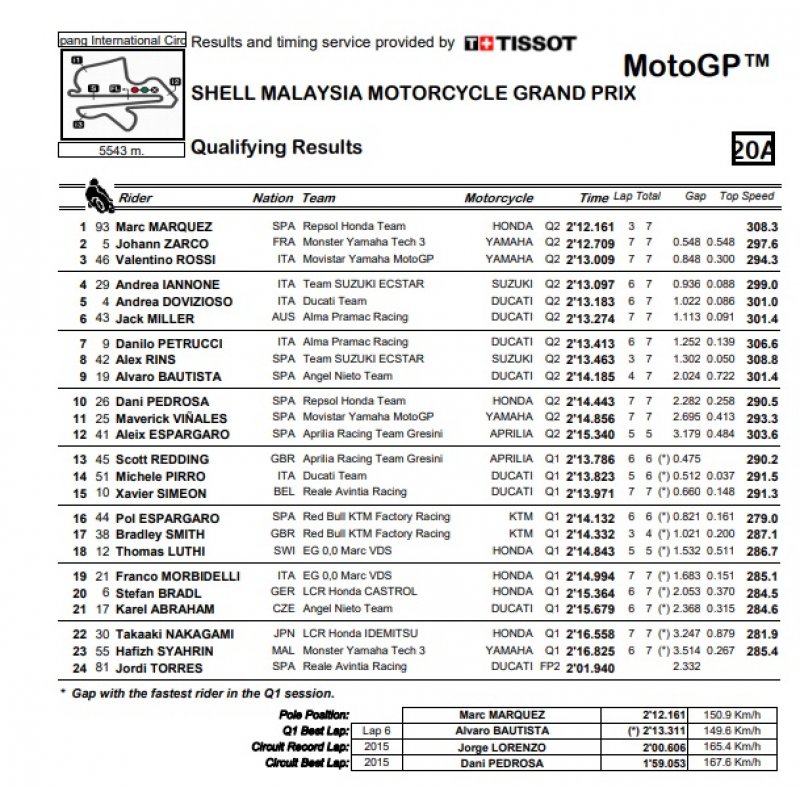 VIDEO - The two brothers will wear special graphics to show their solidarity at this time. Helmets, gloves and boots will then be auctioned off for...
15 hours 15 min ago

The Dutchman: "In the afternoon I had some problems with front end confidence"; Razgatlioglu: "Too many things to try confused me; my head is...
1 day 2 hours ago

The Circuit of the Americas has made it official: no US race for this year
1 day 5 hours ago

The young rider was transferred to a ward at the Meyer hospital in Florence. She fractured her pelvis at Mugello during the first CIV test but will...
2 days 14 hours ago

Upon authorization, highly skilled sportsmen and workers will be allowed to cross borders
3 days 10 hours ago