The injury that Jorge Lorenzo suffered to his left wrist in Thailand appears worse than originally suspected. Following further tests in Japan, the Majorcan discovered that the fracture to his radius was more serious than first thought at Buriram. For this reason, he preferred not to race at Motegi, instead having another MRI to understand the full extent of the injury.

The exam revealed ligament damage, and so Jorge flew straight to Barcelona where he underwent surgery yesterday, the operation carried out by Doctor Xavier Mir. Following surgery, Lorenzo has returned to Switzerland, where he resides, to continue with his treatment and rehabilitation.

In a personal note, the Majorcan says "to not count him out at Sepang". He is short on time though, and will need to heal rapidly considering the Malaysian race weekend will get underway in a little over a week. 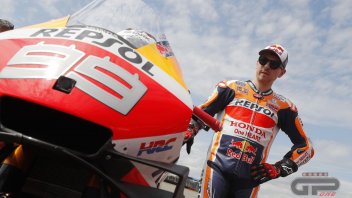