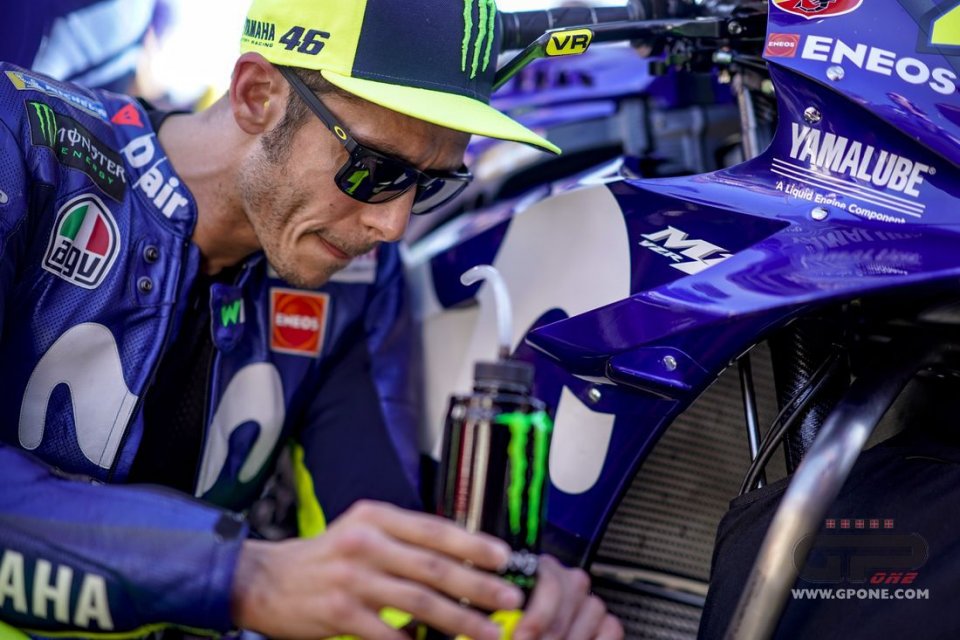 Valentino Rossi exits the Yamaha technical office at Motegi once its dark, two hours after the end of the race. The meeting was a long one, but that doesn't necessarily mean it was productive. “I keep saying the same things during those meeting, I might as well leave a recording and a photo of myself on the table rather than going along myself” jokes the Doctor.

Fourth place in Japan is confirmation that the Thai race was a welcome one-off, further proof coming in the shape of Zarco's 6th place and Vinales' 7th place.

“It was exactly as I expected, this is our potential. This doesn't mean I'm happy, also because we'd taken a step forward during warm-up and I started the race optimistic that I could aim for the podium”.

But his predictions proved incorrect.

“The Suzukis and Crutchlow were too quick for me. In the end, a couple of riders crashed and I brought home important points, I was also able to maintain a fast pace all the way to the line. But it wasn't so much the position, but the distance from the front."

Valentino crossed the line six seconds behind Marquez, despite the Spaniard having slowed down on the last lap.

“We weren't as competitive as we were in Thailand and I told the Yamaha bosses who were here just that, it's important that they see how things are right now. l know it 's not easy to improve and that the level is very high”.

But this applies to everyone and, with three races still to go - and thanks to Dovizioso's mistakes, the Doctor is just 9 points from second place in the standings.

“I don't expect anything to change, although Phillip Island is a strange track and I hope I can be strong there."

Last but not least, the Doctor congratulates Marquez on his title win: “he deserved it, he's been the strongest rider this season”.