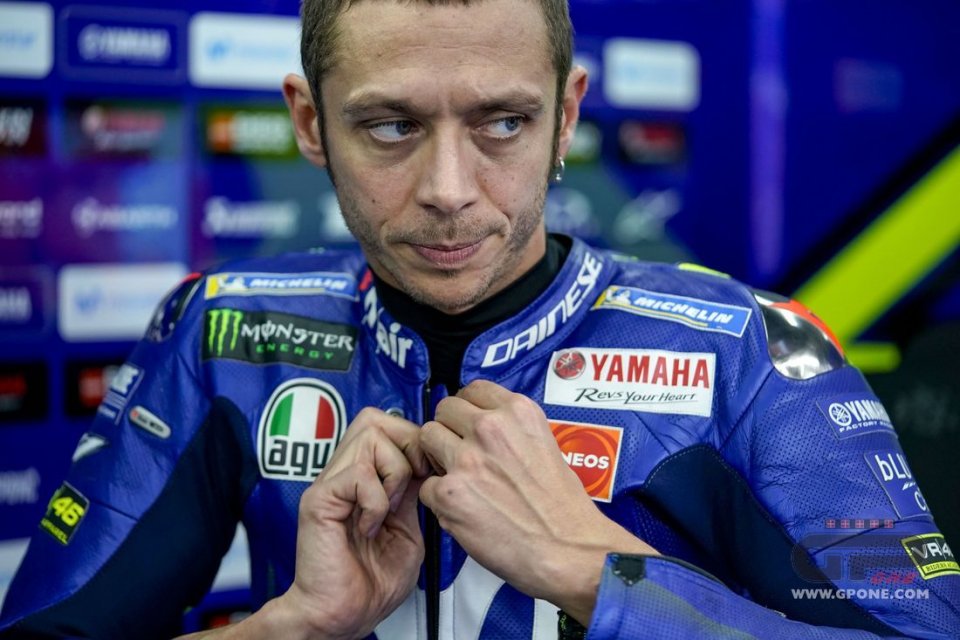 If Valentino was looking forward to getting on track at Motegi and finding out whether the improvements seen at Buriram were a mere fluke or not, the first day of practice has not given him the answers he was looking for. Changes made in the morning followed by rain in the afternoon only further complicated the situation.

“We haven't understood a great deal - admits the Doctor - In FP1 my pace wasn't great, in the end I got into the top ten by using the medium tyre at the rear but I wasn't happy. We made some changes to the set-up and balance of the bike, with the aim of safeguarding the tyres, but they didn't really work”.

The second session should have served as an opportunity to clarify things, but the weather put paid to that.

“It was a fairly useless session. I tried to stay out and carry out some tests and didn't even use slicks at the end, even though I could have done. It wasn't important to lower our times, but rather complete the work”.

Which could prove important tomorrow if conditions remain dry, as expected. Today wasn't all negative for Rossi though, as he is optimistic having seen the performance of his fellow Yamaha riders.

“Vinales and Zarco were quick this morning, not only on the flying lap but also in terms of pace. This is definitely a positive and important indication for Yamaha”.

He's not giving any more away though.

“Today wasn't the ideal day in which to really understand the situation. We might have found something interesting to test in terms of bike balance though. Maverick and I started out with two different settings to carry out some tests”.

Test rider Nakasuga is also on track with the Yamaha. Test riders generally bring updates to races but not in this case it seems.

“I don't know for sure but I don't think he has anything new. When will we see the new bike? Here it's all an unknown, I only know that we'll test on the Tuesday and Wednesday after Valencia - he jokes - Anyway, the important thing is to be competitive in these last races and finish the season well”.

The usual suspects of the Bikers'Classics can rest assured, for them nothing will change, since the formula developed since 2021 is once again...
22 hours 59 min ago

Usually the Turk surprises us with his evolutions, but this time something did not go according to plan for the former world champion
23 hours 13 min ago

“Kazakhstan is absolutely absurd.” Ezpeleta’s response: “Without Sokol, we would have stopped for 5 weeks. I could live with 15 races a year, but my...
2 days 17 hours ago