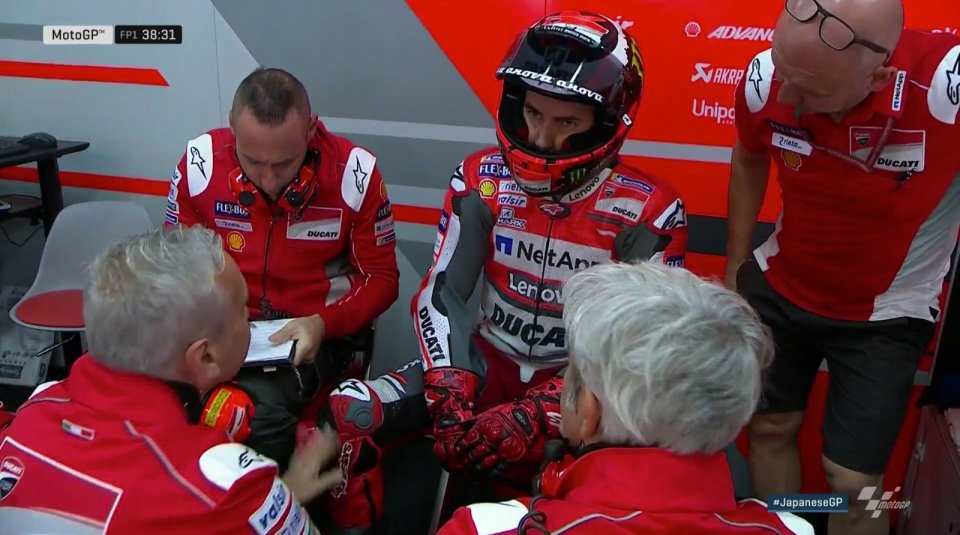 The Japanese Grand Prix lasted little more than one lap for Jorge Lorenzo, the time to get on his Ducati and return to the box disappointed. The Majorcan had already admitted yesterday that he was: “less optimistic about my chances of racing than I was in Thailand, but I'll try, maybe I'll be surprised”.

That didn't happen and after just a few kilometres, Jorge realised that it wasn't worth it. It was not so much the pain to bother him, as the chances of his left wrist fracture dislocating under the strain of riding. Riding the Desmosedici gave him the answers he was looking for.

Returning to the garage, he sat shaking his head, clearly disappointed. Having spoken with Lorenzo, Davide Tardozzi confirmed: “he can't do it”.

Jorge doesn't give up easily though and spoke with Doctor Michele Zasa from the Clinica Mobile to see whether he would be able to try again in FP2. The doctors unfortunately didn't give him the answer he was hoping for.

His Desmosedici will remain in the garage this weekend, because Michele Pirro is still in Italia. 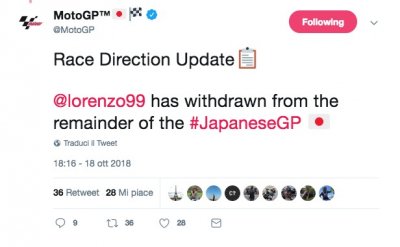 The news about Lorenzo's retirement from the Japanese Grand Prix was shared on Twitter. 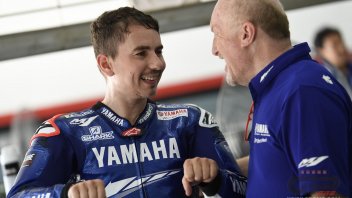 The rejection of the complaint was formalized and the control unit of Masia’s Honda-Leopard was confirmed as being legit.
2 hours 19 min ago

The Yamaha rider is at 51 wins in the stars and stripes top class. Nothing doing for his opponents. Jake Gagne, Mathew Scholtz, and Bobby Fong also...
3 days 2 hours ago

Thanks to the retirement of the leader of the classification Glenn Irwin in Race 2, the championship now sees four riders enclosed in only 12 points...
4 days 1 hour ago

Our popular “Frankie” confessed to being a victim of the degenerative disease, but he hasn’t given up: “The human body is like a motorcycle, if it...
4 days 22 hours ago

At Oulton Park the Australian took his second career victory. Nothing doing for Iddon, after leading the race for a long time. 5th championship...
5 days 3 hours ago

Jack: "I set my time thanks to Rossi and Bagnaia. Everyone will have tyre management in a corner of their brains". Fabio: "I'll try not to make a...
5 days 13 hours ago

Dominique Aegerter took his second win of the season overtaking the man from Rimini on the last lap, Ferrari finished in third place for having gone...
5 days 18 hours ago