Johnny Rea once again played a starring role, scoring his tenth consecutive win with the Kawasaki in Argentina. No-one has ever done better than the Cannibal in the history of Superbike. Despite running away with the win in race 2,  the Northern Irish rider had something of a tough time.

“unfortunately it was a complicated Sunday – comments Johnny – during the night I got a virus and felt very weak for race 2, also because I was up until 5am in the morning. Luckily, having the race at 4pm meant I had time to get my energy back and manage liquids for the race”.

Despite the setback, Rea did it again on Sunday.

“The Kawasaki has run like clockwork in Argentina. The temperature was very high, but tyre management once again made the difference, we were impeccable. I think that was the key to this tenth consecutive win”.

Victory in South America is particularly significant to the Cannibal.

“In the final stages I managed to catch Forés, but it wasn't easy to pass him, as he was trying to close every door. Luckily I found a way and then built an advantage. After everything that happened, this was the most complicated win since starting from the third row” 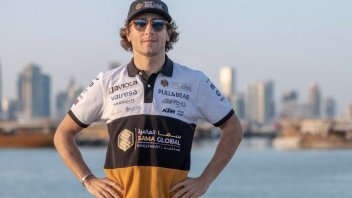 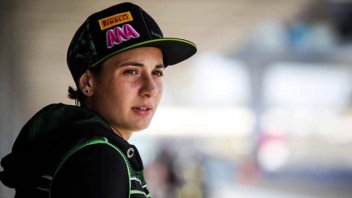 Carrasco: “When you race there's no difference between man and woman"

Dorna signed from 2022 to 2026. The Ricardo Tormo circuit will alternate with the others on the Iberian peninsula but will remain the last race of the year.
18 hours 11 min ago

KTM's sports manager at the gates of 2020: "This is the highest point of engineering applied to motorcycling and has taught us to go beyond our limits"
2 days 18 hours ago

VIDEO - A challenge of reflexes between Red Bull Motorsport athletes, with Verstappen, Gasly, Albon and Kvyat who challenged Pol Espargarò
3 days 13 hours ago