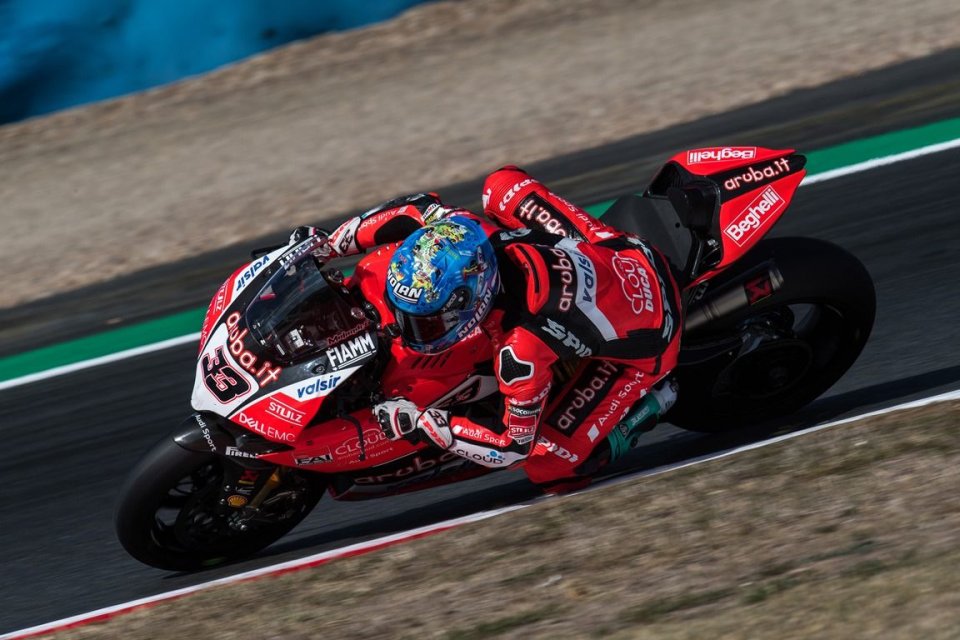 Johnny Rea made a cautious start before pulling out the big guns in the second session and then consolidating his performance in the final practice, even shaving off a few more tenths. A time of 1’39”914, set by the Cannibal in FP3, confirms that the four-time world champion is as competitive as ever, even at the new El Villicum track.

To be expected perhaps, the Northern Irish rider still hungry for wins despite having gone unbeaten since Laguna Seca. The Kawasaki rider sends a clear message ahead of Superpole then, though he has some stiff competition, starting with Marco Melandri (+0.228). The Italian closes just over two tenths behind Rea, and just 0.088 of a second ahead of the Kawasaki of Toprak Razgatlioglu. There appears to be something of a special bond between the Turk and the Argentinian track, the rider once again running up front in the final session.

Then just 0.025 of a second from the Puccetti rider is Alex Lowes on the Yamaha, the fastest rider in session one, while Lorenzo Savadori takes fifth on the Aprilia (+0.427). The times are particularly close today, with nine riders within a second of each other, this group also including Leon Camier (+0.792). The Ten Kate rider takes a step forward, putting the difficulties of FP1 behind him to finish sixth ahead of Chaz Davies on the Panigale (+0.827).

Not an easy day for the Aruba rider, eight tenths from Rea's Kawasaki and still working to return to full fitness. He is closely followed by local hero Tati Mercado, while Laverty on the Aprilia and Xavi Forés on the Ducati round out the top ten, gaining entry to SP2.

Those taking part in tomorrow's SP1 include Michael van der Mark and Loris Baz, but also Tom Sykes, just fourteenth ahead of the MV Agusta of rookie Maximilian Scheib. Bringing up the rear are Marino, Ramos and Ruiu. 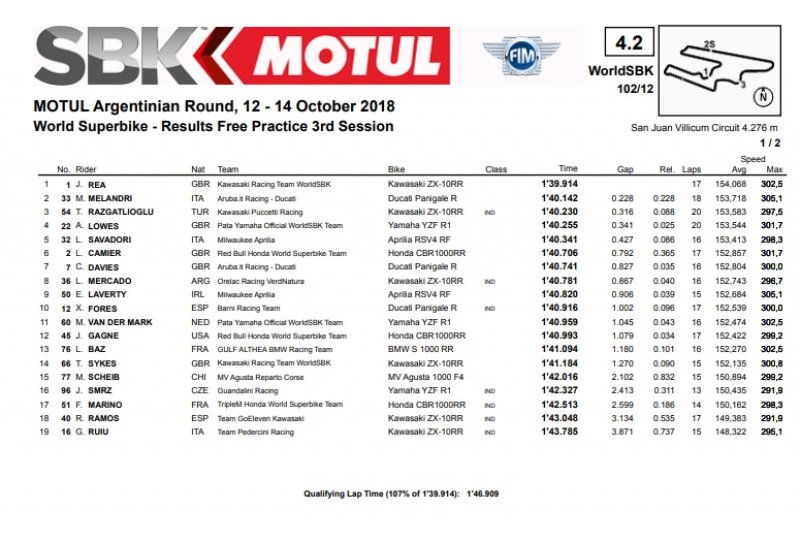