While Valentino Rossi was opening a new Dainese store in London, some fans had chance to ask him a few questions (watch the full video by clicking on the above image). From an invitation to a birthday part to some non-race related facts (“my favourite pizza? Sausage and mushroom"), the Doctor also talked about his career and his rivals.

He was asked whether he's worried about Marquez overtaking him in terms of victories and titles.

“I think Marquez could beat my records, but there's no point being worried, I just have to consider my own career and it's been great. I've won a lot and can win even more, my biggest regret is losing the title in 2006, when I made a mistake at Valencia”.

The fans call him the Goat (the greatest of all time) but who does he consider the greatest?

“It's hard to say. Maybe, also in terms of number of wins, Giacomo Agostini or Mike Hailwood, but I grew up with Rainey, Schwantz and Doohan. It would be great if we could have a race between the champions of different periods, I'd love to race against those guys, and add my coach Cadalora to the list too”.

While we wait for them to invent a time machine, it's time to sort the M1.

“We've been in trouble for a while, and the difference to Honda and Ducati is quite significant - I think we need to work on the whole bike, but the areas we're suffering most have to do with the engine and electronics. I'm pushing for improvement and have already tested a first prototype engine as we try to find smoother delivery”.

There are those who worry that, given the difficulties, Rossi may bid a premature farewell to Yamaha.

“I've already signed a contract for two seasons, and will definitely race with Yamaha until 2020” he assures us.

Also because his desire to compete in MotoGP persists.

“I've raced for a long time but I still enjoy it, it's my life so I want to continue for as long as I'm competitive, because I like the way a win or a podium makes me feel”.

The Doctor closes with some advice for young riders.

“The important thing is to be passionate about it and enjoy your riding. This is my advice” 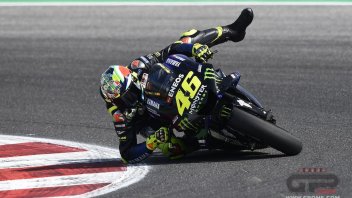 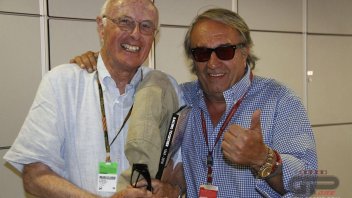 Until May 29th, you'll be able to buy some of the best shots taken during the World Championship. All proceeds from sales will then be donated to the...
12 hours 37 min ago

The two first events of the season have now been authorised. The first race week will take place at the Circuito do Estoril, followed by the...
17 hours 2 min ago

The Californian Yamaha rider took the flag alone ahead of teammate Gagne and Herrin, who beat the Ducati rider in a photo finish. Elias crashed out...
4 days 18 hours ago

Defending champion wins ahead of Scholtz and Gagne. 5th and 7th, Wyman's and Jacobsen's two best Ducatis. Elias stopped by a problem.
5 days 9 hours ago

The reigning champion started has started 2020 in the best possible way, heading his teammate Jake Gagne. Race 1 at 22:00 on Eurosport
6 days 7 hours ago