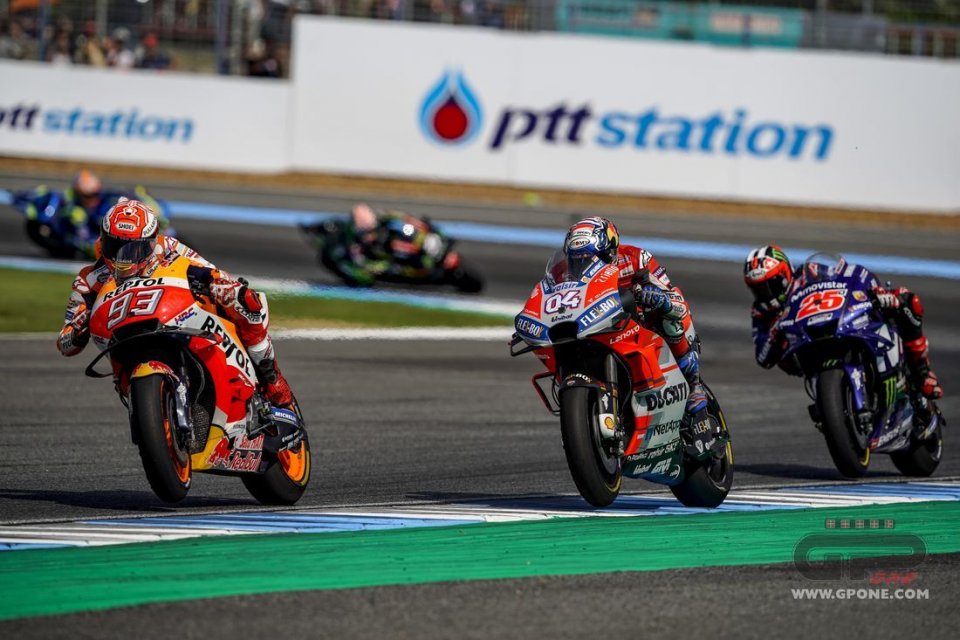 Revenge is a dish best served in the Thai heat for Marc Marquez, leaving the grasshopper-based feasts to the others. The Spaniard is hungry only for race wins, it little matters what local salsa might accompany the meal. The running tally for final corner duels is 3 to 1 (to Dovi), but that scored by Marquez was yet another test of strength.

Andrea and Ducati can nevertheless leave with their heads held high, having at least managed to hinder Marc, something no-one else is able to do. Not even the Yamahas, the Eastern air doing them some good, though one good race is not enough to remove the doubts that have been building for 24 races.

In Moto2 and Moto3, Marquez's successors are Italian, the blues taking 5 out of 6 podium positions. A good investment for the future. 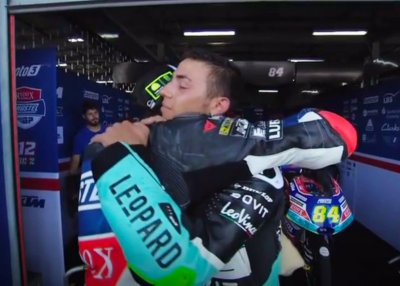 THE GOOD – At the risk of appearing sentimental, the hug between Marco Bezzecchi and Enea Bastianini was the best end to the Moto3 race. They could have thrown punches, but instead peace ruled the day. Dovizioso said that the European fans could learn from the Thai fans, but also from certain riders too.

THE UGLY – The distance between Aragon and Buriram is not just measured in flight length, but also seconds at the end of the race. Aprilia, something of a flamenco dancer in Spain, became an elephant in Thailand in the space of just two weeks. Aleix tried the soft tyre but it seemed like a choice born out of desperation rather than anything else. A round of applause for Redding though, who vomited in his helmet in the final stages due to the sheer effort and conditions. He crossed the line and though he didn't earn points, he did earn by respect.

THE BAD – Are the Michelin passing or failing the test? Races have become a competition to see who has the softest touch, only really igniting in the final stages. The result is a compact group with a predictable break for it come the end. The strongest always win, but the feeling is that no-one can really show their real potential. They have to play with what they have, but reducing performance doesn't necessarily make for a greater show.

THE DISAPPOINTMENT – We expected more from Iannone, but he only managed to get everyone talking when he annoyed Dovizioso, by catching a tow during qualifying. A poor start followed by a disappointing race, far from his team-mate Rins.

THE CONFIRMATION  – We've been seeing quantity for a while, but now we have quality too. The young Italians have learned a lesson, passing one test after another from track to track. Bagnaia has reached maturity in terms of speed, Marini is ironing out those last defects. Di Giannantonio hasn't lost his aggression but he's no longer wasting opportunities, Dalla Porta is gaining in confidence and Foggia has finally demonstrated his talent. Well done guys, even unlucky Bezzecchi. 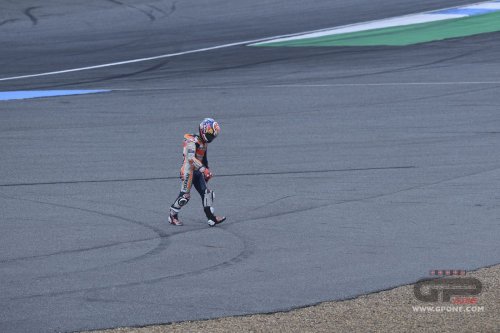 THE MISTAKE – Haste is a poor adviser, even in a sport where speed is everything. Pedrosa asked too much of his tyres and was ended up in the gravel rather than the points zone. Dani has 4 races left to run in MotoGP, seeing him back on the podium would be the best gift, for himself and his fans too.

THE SURPRISE  – It looked to be a sick invalid and yet here it was, fighting at the front as if were the most normal thing in the world. To what can we owe the miraculous Yamaha recovery? The track, tyres or electronic updates? We'll find out at Motegi, in the hope that it wasn't just luck.

THE PASS – Take any corner (better if it's a left-hander) where you have to brake from 200 to 90 km/h, and put Marquez there with Dovizioso in front. You'll see the Spaniard bend the space-time continuum to his will, ripping up centuries of scientific research in the process. We saw this at turn 5 at Buriram, the pass alone making for a worthwhile race. 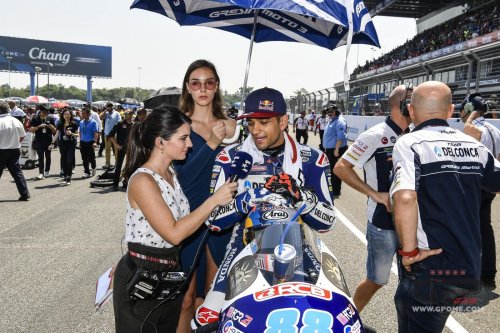 THE INTERESTING FACT – Jorge Martin raced with a special glove to try and assist with his tendon inflammation. Elastics helped him to open and stretch the fingers on his left hand, a movement otherwise impossible for him. This is no new thing though as Noboru Ueda, in the 1988 Barcelona GP, used a very similar system for the same problem.

I TOLD YOU SO – Luca Cadalora after the winter tests at Buriram: “the Yamaha will suffer here”. Even coaches can get it wrong, luckily.