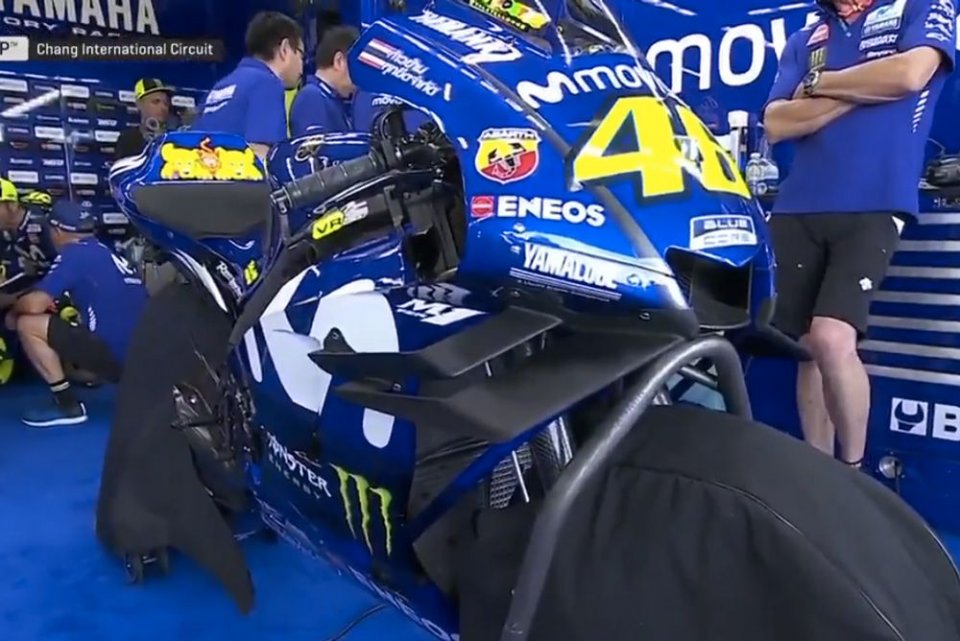 When Valentino's garage doors went up for the start of FP2 at Buriram, the M1 had a new look: a brand-new fairing. The Iwata technicians had already tested an aerodynamic evolution during the Brno test, but riders were not keen on the update. The Japanese technicians have thus taken a new direction, choosing to bring the new fairing to the Thai track.

The first thing that strikes us are the two overlapping wings mounted just under the front fairing, a new solution and one that reminds us of the "double" blade of a well-known razor brand.

They haven't entirely done away with the previous project though: the two "moustaches" the sides of the fairing already seen in the Czech Republic are still there. ono rimasti infatti i due "baffi" ai lati della carena già visti in Repubblica Ceca. The two flaps direct air towards the radiator.

The Buriram track might be the right place to test out this new solution, with its hard braking points and acceleration from low speeds.