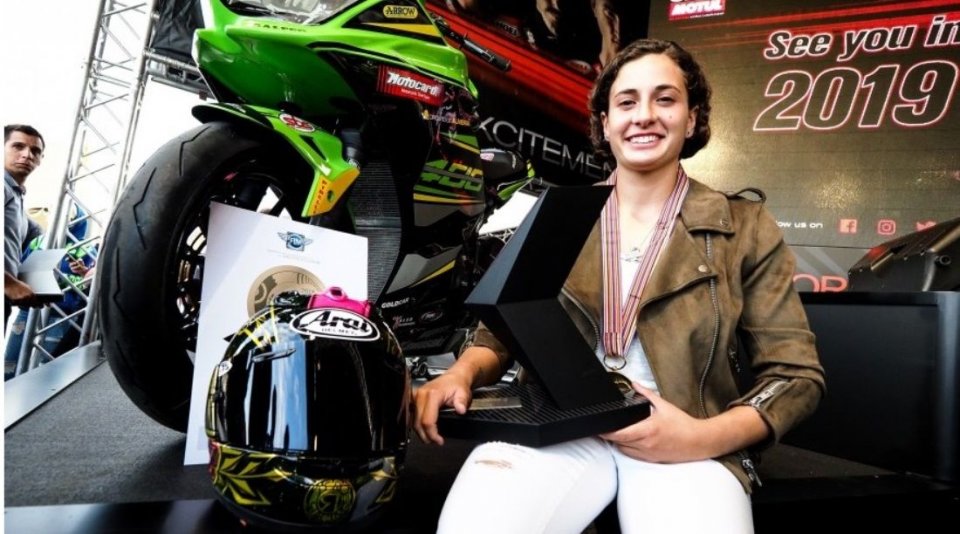 Magny-Cours, the final European round of the production-derived series and the ideal setting in which to uncork the champagne and celebrate success. And this is exactly what Johnny Rea, Ana Carrasco and Markus Reiterberger did, bringing home the SBK, Sport300 and Stock1000 title. With three categories now decided, only the Supersport is still open, riders Sandro Cortese and Jules Cluzel ready to battle it out for the championship title in Argentina and Qatar.

THE GOOD –  Magny-Cours saw celebrations for Johnny Rea and Markus Reiterberger but also the tears of joy of Ana Carrasco. She had a nightmare weekend, unable to fight with the fastest she must have felt that the title was slipping away. Sometimes though, destiny plays a part, both Deroue and Perez suffering at its hands. Two decisive episodes that awarded the Spaniard the crown.

THE UGLY –  Arriving in France with the aim of consolidating the double podium he'd scored in Portimao, it didn't take long for Melandri to realise that his Magny-Cours weekend was going to be something of a disappointment. The Italian was not confident with the tyres, an aspect that he himself underlined post-race.

THE BAD– Is it all down to rider health? What is clear is that the Honda is light years from where it was at the start of the season. In France, Leon Camier had to settle with a double tenth-place finish, once again confirming the Fireblade's limitations. Will the arrival of a certain Tom Sykes be enough to turn things around in 2019?

THE DISAPPOINTMENT – It's a short hop from MotoGP to Superbike, but Jordi Torres is not being repaid with results. Magny-Cours proved to be the Spaniard's worst weekend of the season on board the MV Agusta, as he finished outside the top ten in both races. Let's hope he can turn things around in Argentina.

THE CONFIRMATION – Magny-Cours appears to be the perfect backdrop for a title celebration. Hence, Johnny Rea, having secured the title here last year, decided to do exactly the same again this season.

THE MISTAKE – Mathematics dictate he's still in with a chance, but that crash definitely hasn't helped his chances of fighting for the SuperSport title. Federico Caricasulo will need a miracle to get back in the mix with Cortese and Cluzel.

THE SURPRISE – Sandi, at last! The Italian rider won't forget Sunday's Magny-Cours race in a hurry, the setting for his first Stock win on board the Ducati, in the last ever Stock 1000 race, the category no more after this season.

THE PASS– There are passes that can decide a race, or even a title. Dani Valle's move on Mika Perez at the final corner was one such pass. One that awarded the Sport300 title to Ana Carrasco.

THE INTERESTING FACT – The latest brings him to 21 double wins. No-one has ever scored as many as Johnny Rea, unbeatable since the Laguna Seca round.

I TOLD YOU SO – “I'll race without making calculations”. This is how Johnny Rea approached the French round. What can we say: the Cannibal is always true to his word!