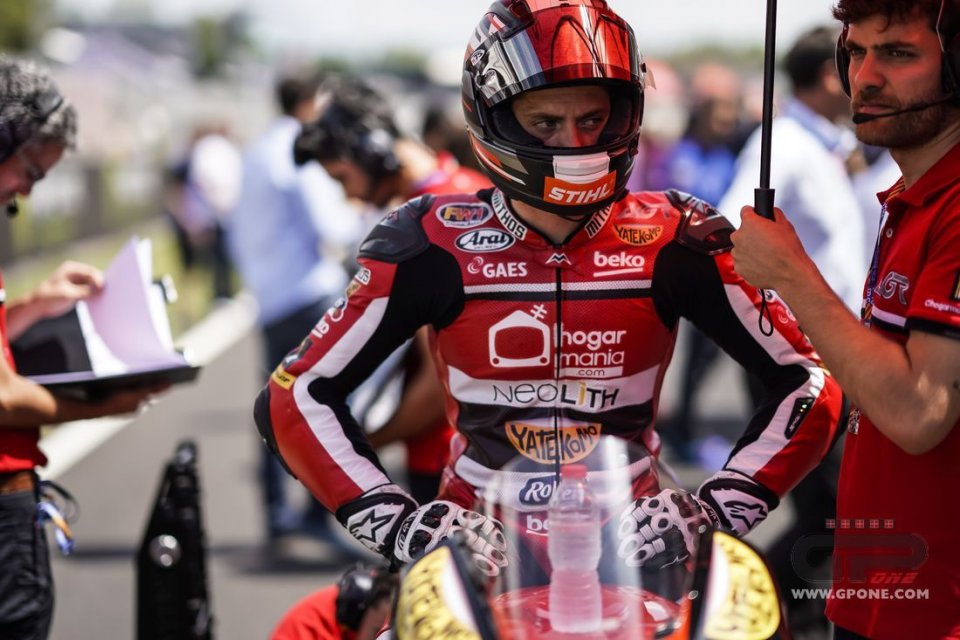 With one brief press release, team Speed Up has confirmed both its split with Kent and the arrival of Edgar Pons for the Buriram GP.

“Having concluded our contract with Danny Kent, the Speed Up Racing team has called upon Edgar Pons, class of 1995, to take part in the Thailand GP”, the note reads.

Danny was hired by Luca Boscoscuro's team for the 2018 season, following a few tricky seasons for the Brit. Kent, the Moto3 championship winner in 2015, has failed to prove competitive in Moto2, reaching the points zone just twice in the 14 rounds run up until now.

Edgar Pons will thus take his place at Buriram. Sito's won has already competed in the world championship and currently races in the CEV, in Moto2, where he lies second having won the last three races. The Spaniard has competed as a wild card at Barcelona and Aragon this season, though he did not reach the points zone.

In the meantime, Boscoscuro is working on the 2019 line-up and, with Jorge Navarro already signed, the second rider could be Fabio Di Giannantonio.

Chrissy Rouse sustained a significant head injury. He was stabilised and put in a medically induced coma at the medical centre by the BSB medical...
3 sec ago

This is the first time there have been two or more rookies on pole position in a single premier class season since 2006 with Dani Pedrosa, Chris...
23 hours 13 min ago