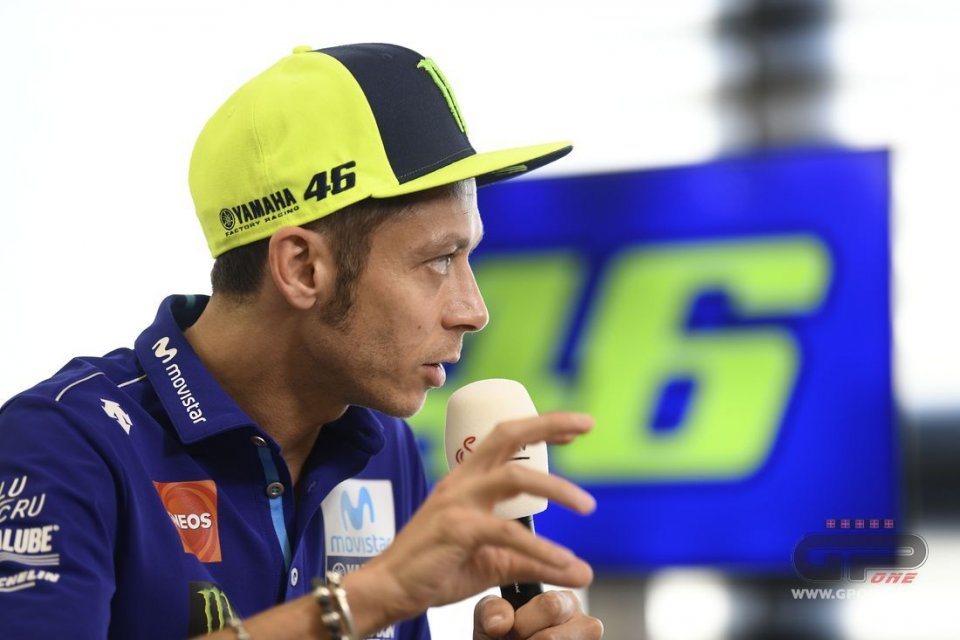 More than 10 days after the 'Fenati affair', it is still a topic of conversation in the paddock. At Aragon, Valentino Rossi voiced his opinion about what went on, and not only on track. The Doctor asks for a reprieve, following the media lynching to which Romano has been subjected.

“What he did on track was serious and dangerous, but I cannot understand what happened from Monday onwards  - he comments - I think everyone exaggerated and were over the top in their reactions to Romano. People who had never watched a race before were suddenly talking about bikes. Fenati's gesture was even considered more important than Dovizioso's win with the Ducati and, to be honest, I don't understand why that happened. A two-race disqualification is not much but what came after was much worse”.

Having talked about his former rider, Valentino turns his attention back to his own weekend and his own garage. Because the Yamaha needs to improve and the future is still uncertain. In recent months he has pointed his finger at the electronics but now the engine also seems to be part of the issue.

“I think the engine is part of our problem, not the problem. It's true that the current regulation doesn't allow us to modify the engine, but we can work on the electronics. We can definitely improve the engine, but that won't solve all our problems”.

Your main rivals (Honda and Ducati) have a V4, should Yamaha move in the same direction?

“I don't think Yamaha has any intention of building a V engine, at least not until I retire. It will still be an inline 4, we can only hope it works" he answers with a smile.

Vinales has said he's seen some improvement in the electronics following the Misano test.

“Things are moving. Yamaha is working. We have something different in terms of electronics and there's been some improvement but I'm not convinced. I hope I'm wrong and that Maverick had got it right”.

So despite the recent tests, Rossi is not expecting a simple weekend.

“It's definitely important to have tested because you are guaranteed that base from which to start. But that day it rained until 9 and we faced a slow, dirty track. We could only really use the last two hours to work on settings. We're heading to a difficult track at a difficult moment, that's for sure”.

the Doctor has clear ideas about the problems he might face.

“This track is usually slippery, there's not great grip, and we suffer with the M1. Also the long turns stress the rear tyre, another problem of ours. The good news is that it should be sunny for the entire weekend, so the asphalt should improve. But high temperatures could cause us difficulty... we can't choose at what temperature we race anyway. Aragon is not one of my favourite tracks, but in recent years my races there have been quite good”.

Only time will tell.

Fenati: "Valentino Rossi and Max Biaggi, so different and so alike"