Once again it's him, Johnny Rea! The Cannibal takes Race 1 at Portimao. Just to make a change, the Kawasaki rider took centre stage in Portugal, dominating the race from start to finish. Despite having missed out on pole, the Northern Irish rider was able to find the right pace, quickly taking the lead and maintaining it to the line.

This is his sixth consecutive win at the Algarve track, his 65th win in the category. Joining Johnny on the podium was Marco Melandri. Despite #33 having no ride for 2019, he sent a clear sign of life, proving to be the quickest Aruba rider. Davies, dealing with a less than ideal state of health, was forced to settle for fourth place behind van der Mark.

Aprilia had high hopes of reaching the Portimao podium, but in the end the Milwaukee team's Saturday was one to forget. Forés took out Laverty in the early stages, before Savadori crashed out nine laps from the end while lying third. Tom Sykes rounded out the top five today, followed across the line by Baz on the BMW and Torres on the MV Agusta. Razgatlioglu, Rinaldi and Lowes also closed top ten. 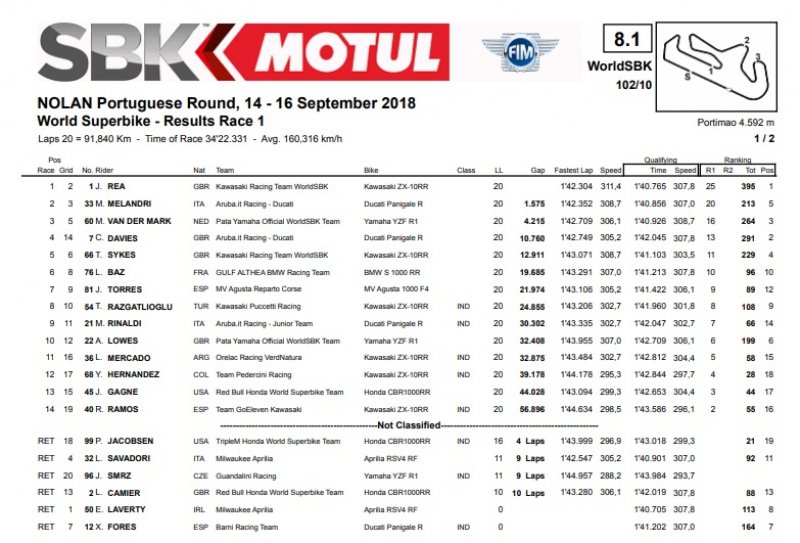