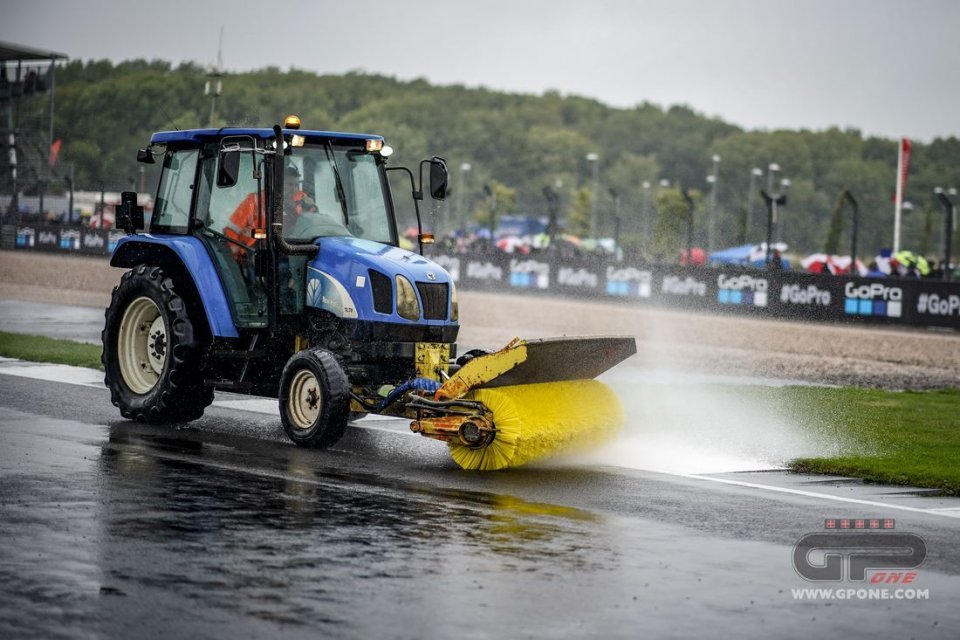 Via a notice published on its website, Silverstone circuit has reassured fans who attended the Silverstone GP that it is working to reimburse ticket costs. As you know, all of Sunday's races were cancelled due to track conditions, the new asphalt unable to drain the excess water.

“We just wanted to keep you up to date and let you know that the discussions regarding your compensation for the cancellation of race day at the British MotoGP are still in progress - it reads - Tomorrow’s 2019 presale has been postponed until further notice. Please be assured we will be contacting you as soon as we have further information. Once again, we do thank you for your continued patience and understanding.”

The release also invites the fans to contact the agency via which tickets were purchased or, if tickets were bought directly from the Silverstone circuit, to visit this link to obtain the email address of the person responsible for ticket reimbursement.

Circuit director Stuart Pringle told MCN that they will have more information in the space of "days, not weeks" but also said that it's not all in his hands because the insurance company is also involved.

In the meantime, Aggregate Industries, the company responsible for having resurfaced the Silverstone track, has decided to take legal action against British journalist Mat Oxley. The reasons are not clear as, like all the media present at the event, they did nothing more than report the normal run of events.

The third brand of Pierer Mobility AG together with Husqvarna and KTM might arrive in the French satellite team that will compete with Pol Espargarò...
3 days 13 hours ago

Additional checks revealed Lowes also suffered a small fracture to the top of his left humerus bone and he has commenced an intensive rehabilitation...
4 days 13 hours ago