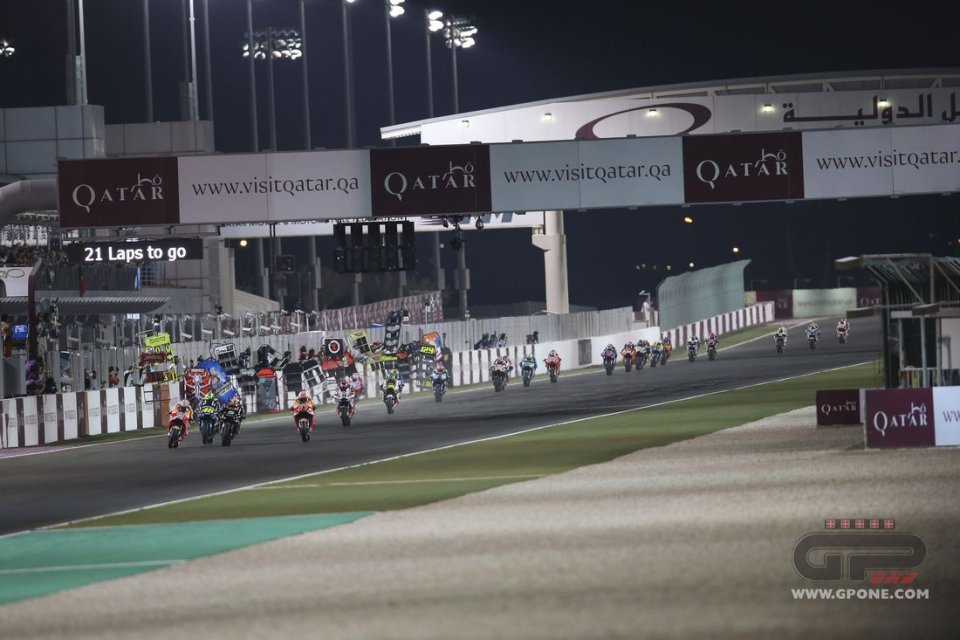 Dorna has published a first draft of the 2019 MotoGP calendar. After previously announcing new races in Finland and Mexico, the provisional list does not actually feature any new tracks, with 19 races scheduled, just like this year.

While there are no new-entries, there are also no cancellations: Sachsenring and Silverstone, the two most talked-about circuits this year, are both confirmed.

The championship will get underway in Qatar on 10 March, with the traditional evening race, and conclude on 17 November at Valencia. There are no big differences with respect to the 2018 calendar, with organisers striving to avoid consecutive races. There will just one double-header (Brno and Austria in August) and the traditional end-of-year triple-header (Japan, Australia and Malaysia), preceded by the Thai GP.

As for the Italian rounds, the Mugello race is scheduled for 2 June while Misano is 15 September.

Here below the provisional calendar. 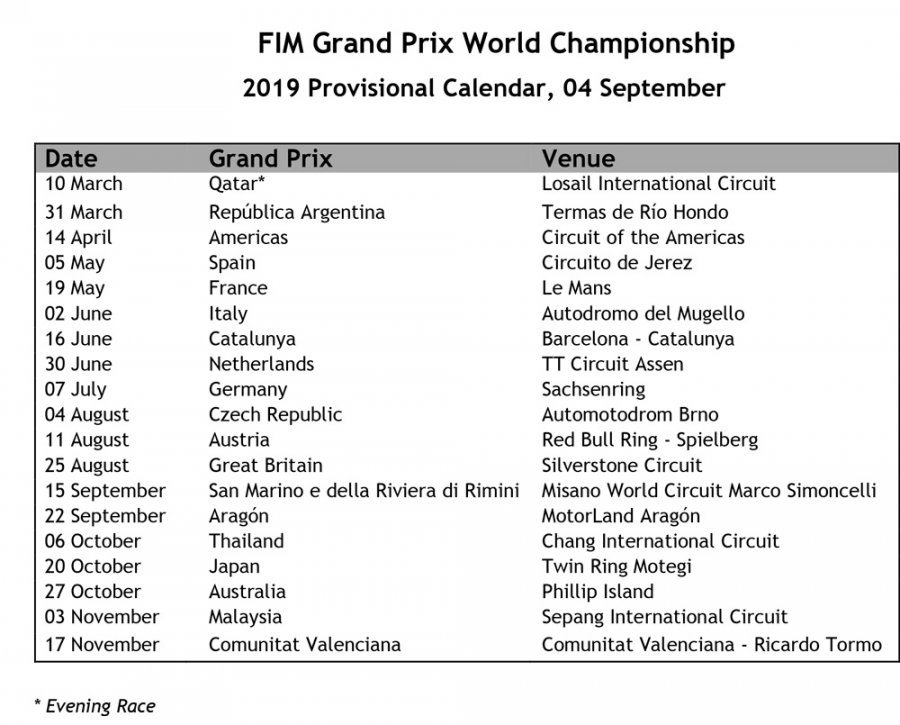