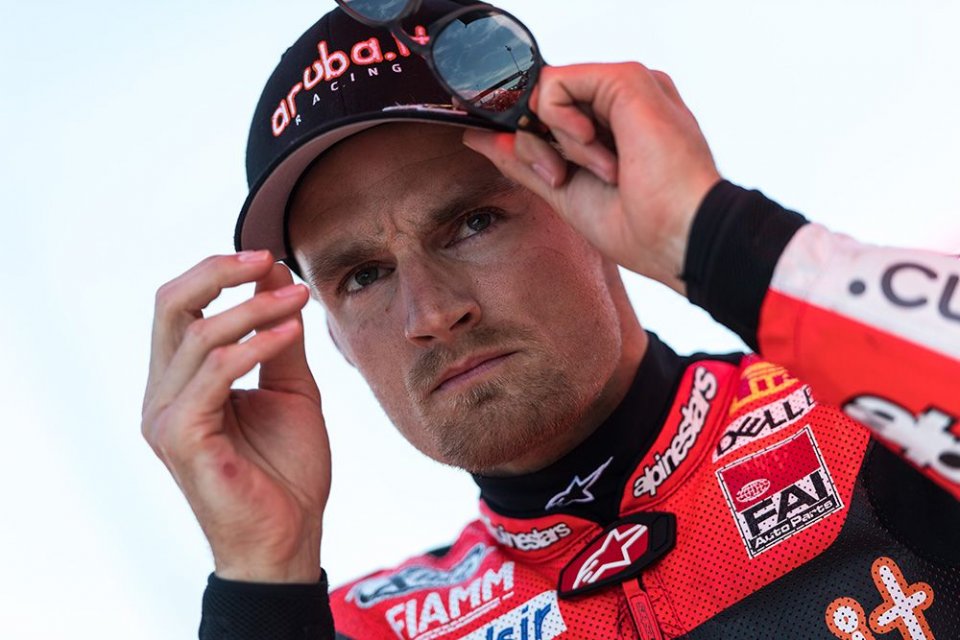 Chaz Davies will not undergo surgery following last week's accident at Aragon, which saw him crash while training with a supermotard bike. Test have shown that the Ducati rider has reopened the fracture to his right shoulder, which he had previously broken while mountain biking back in July.

The plate inserted following that last injury has limited the damage and the fracture is only slight. For this reason, Davies, in agreement with Doctor Xavier Mir at the Dexeus Clinic in Barcelona, has decided not to undergo any additional surgery.

Chaz has already begun his rehabilitation and will have another check-up in ten days' time before departing for Portimao and the next round of the WorldSBK. The Aruba rider is nevertheless confident that he will be able to race without any particular problems in Portugal.

Xavi Vierge to undergo surgery to his right hand on Thursday