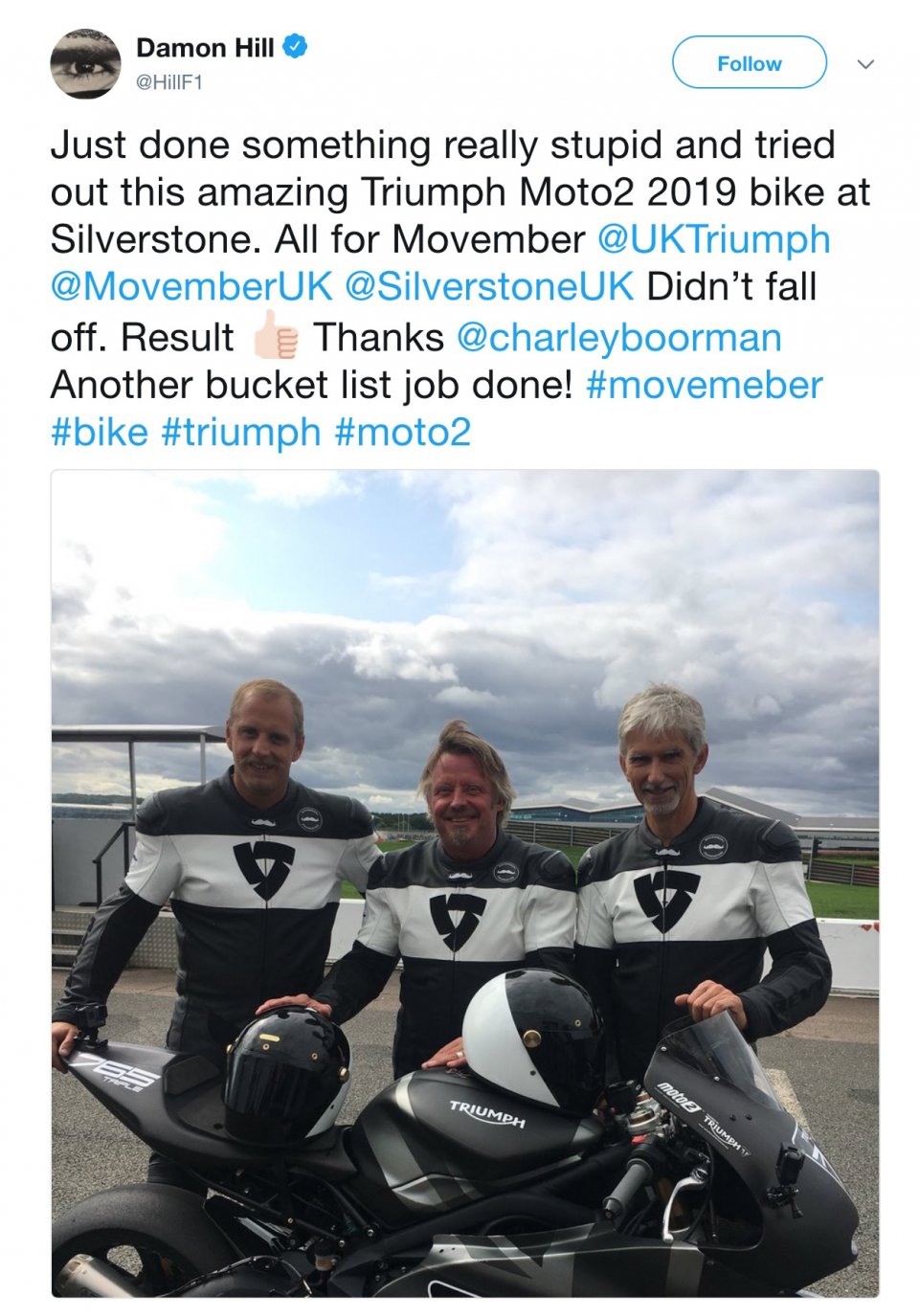 (for those who do not know, Damon Hill at the beginning of his career raced on two wheels)

John McPhee, training at Knockhill in view of the debut in Moto2