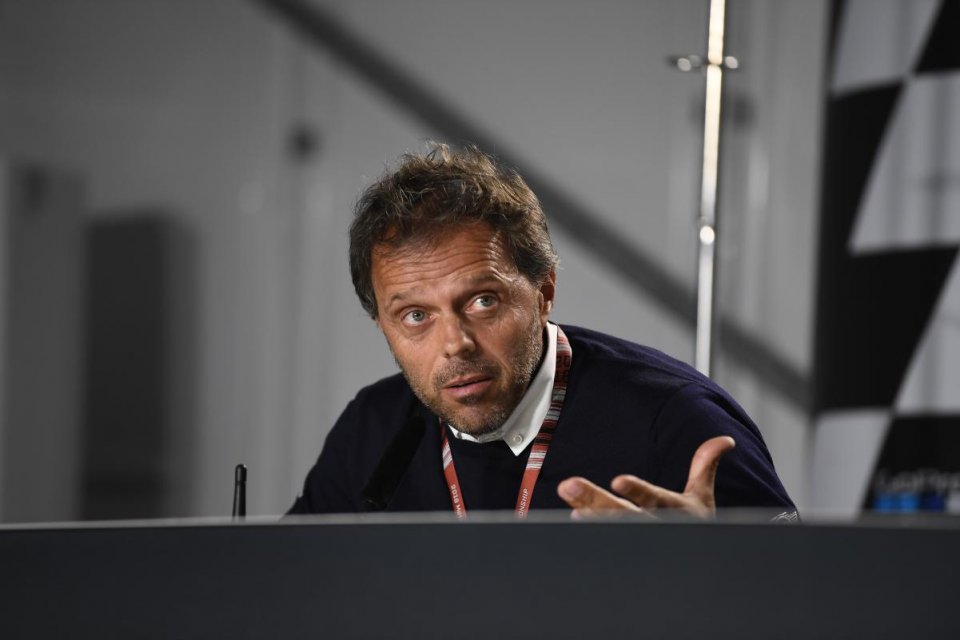 “I have absolute faith in the riders, for me their word is law” Loris Capirossi, representing Dorna as a member of Race Direction, explains why the decision was taken not to race. It was the riders themselves who chose not to start the Silverstone GP on a track they deemed unsafe.

Loris, what did the riders say?
“I went to speak to them after the sighting lap and I believed there was too much water on track. Franco Uncini and I made track inspections and immediately saw that the situation wasn't going to improve, even if it rained less. Later in the afternoon, the riders told us that it was not safe to race, so the decision to cancel the race was mainly down to them”.

Did everyone agree?
“A couple of riders did not attend the meeting (Valentino and Dovizioso, who said he wasn't told) but we had informed all the team managers. The decision not to race was practically unanimous, only one rider said he'd be prepared to try. The others explained how their bikes were sliding even down the straight and that there were water rivulets in the middle of the track”.

The problem was clear…
“What has occurred following the resurfacing work is not normal, the potholes were already a problem but the real disaster came with the rain”.

How can this be resolved?
“The firm that carried out the work has to take responsibility. For example: Jerez has recently got new asphalt but they are going to redo it in October because there are serious problems. The manufacturer has to guarantee its work”.

And if the manufacturer falls below the minimum quality standard?
“We cannot dictate one company over any other, we can only advise the consultants”.

Is it possible that the problem only emerged today, and that it hadn't rained before?
“It seems strange, but the track hadn't told us about any issue”.

Last month, some F1 drivers, including Sainz and Hamilton, complained about the asphalt?
“We heard about that and called the circuit for information. They admitted they'd had some problems and promised us they would look into it”.

In retrospect, could this situation have been avoided?
“It was already too late, there was no chance to take action in just a short space of time. The problem is this asphalt. As soon as I went out on track I could see it wasn't safe, even the car wasn't staying straight along the straight. We tried to remedy the situation Saturday night but what we were able to do wasn't enough”.