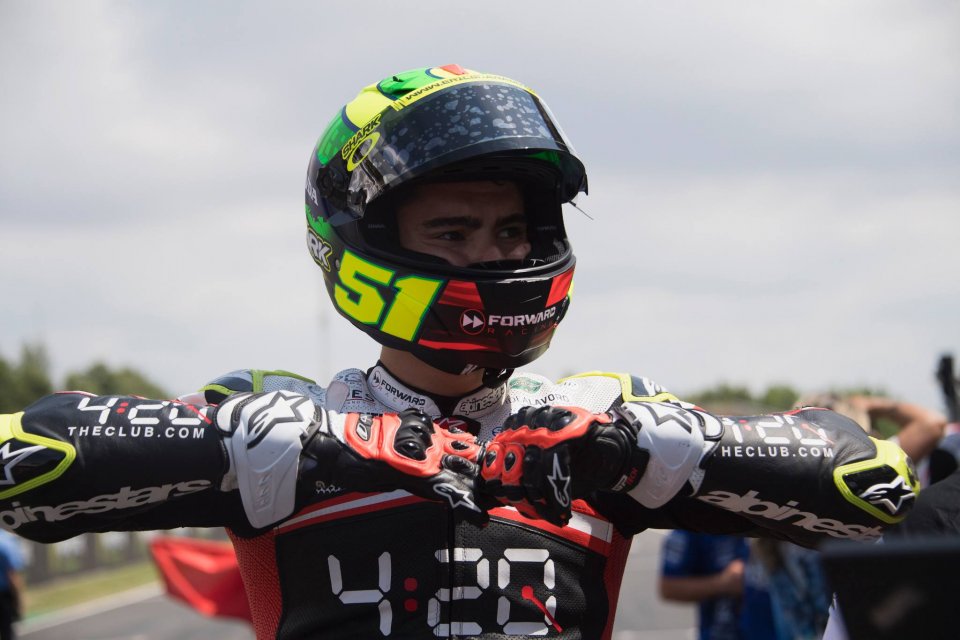 The MotoGP arrives in Austria to the news that Eric Granado and team Forward have gone their separate ways. Only yesterday, the team announced that it will continue on with Spanish rider Isaac Vinales in place of the Brazilian.

Here is the South American rider's view regarding the matter, part of a press release issued this morning: “This is a one-sided decision, the news came as a surprise to me, in that I have been let go without even being informed”.

The adventure with team Forward was clearly not a simple one for the Brazilian, in that he was unable to do better than 19th at Mugello: “When I signed the contract with the team, I carried out initial tests with the Kalex frame but then we had to move to the Suter one. We struggled in every race and Manzi's results only confirm this”.

Granado doesn't hide the issues: “unfortunately there was never a chance to have any updates in terms of our material. Right from the start of the season it was a struggle, as in trying to catch the fastest guys I risked crashing every Sunday”.

The San Paolo rider will now see what lies ahead for him in the world championship, in addition to his possible return to the Brazilian national series.

SHOCKPHOTO - What a scare! Jack Miller really risked it at The Bend.