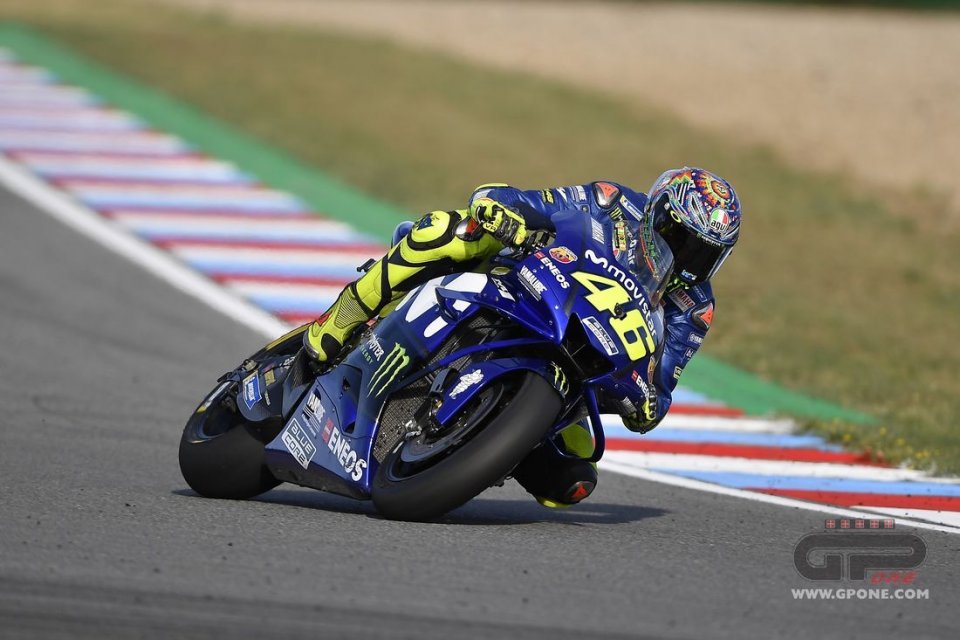 After 51 laps and a day of work, the result is a 'no decision made'. “In Austria I'll race with the same bike I used at Brno” concludes Valentino, who had to face the fact he's tested nothing better during this test. There were some electronics updates, though the most unexpected element was a new fairing tested in the final stages.

Valentino, let's start with the new aerodynamics, what are your first impressions?
“The aim was to reduce wheelieing, important for the Austrian race, but I haven't noted any big changes, it's all more or less like before. It's true that Brno is not the best track at which to test this, and we'll probably try at other tracks too but we won't homologate this for the next race”.

There were high hopes for the electronic updates…
“We've tested a few different things, some interesting, but we need more time. In the end I wasn't able to improve on my race performance”.

So nothing positive
“I think we're working in the right area, but we need to put all the pieces together and that takes time. We're looking for a better connection with the gas, to limit rear tyre consumption - it's difficult, precise work”.

Expectations were high prior to this test, but in the end it seems like another lost opportunity…
“There are still many races to run and tests to carry out, we're not out of time yet. This doesn't change the fact that if I have to race again today, I'd use the bike I used on Sunday”.

Your rivals continue to test new parts, Marquez particularly. Does this worry you?
“Honda is always worrying, they're really good. We too are working hard and I've carried out many tests, the new parts are simply not ready to be used in the races”.

The forecast for the Austria GP is rain, could that help?
“We haven't had many chances to ride in the rain this year. In those conditions, we struggled last year, the new bike should behave better but for now it's hard to say”.