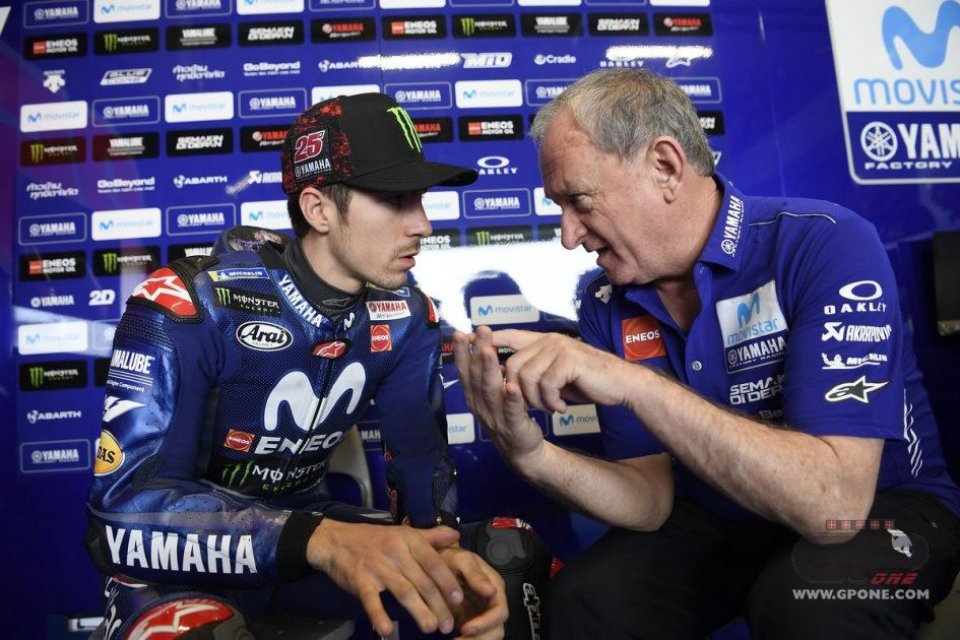 Maverick Viñales filed away the first day of free practice in Brno with the sixth place time, but the Spaniard does not seem to entirely convinced about his performance. Indeed, because the M1 rider has to deal with the problems that he had since just before the summer break which then arose again.

“This first day was not entirely bad – the Spaniard said – Along with the team, we are working so that the M1 can aim for the win on Sunday. For the Sachsenring weekend we took a big step forward, but we need to focus especially on the balance of the bike.”

Maverick then went into more detail.

“Unfortunately, we have the same problems as before, plus it is hard to work in such hot conditions since the tyre deteriorates quickly and in the first outing of the afternoon I finished the tyre straight away. We'll have to see what to do.”

The Spaniard's mind is on the Czech round, but at the same time on 2019 as well, where there will be no lack of news. Ramon Forcada and Wilco Zeelemberg will say farewell, while Esteban Garcia will join the team.

“I am very happy to be able to work with Esteban. We'll have a lot to do together, but thanks to him, I drew out the most of myself in the 2013 season.”

His attention then shifted to the need for a coach for the future.

“You need someone who follows you on the track to see how you perform on a certain corner and advise you – the Spaniard explained - I would like to have Julian Simon at my side. We have a good relationship and he is a rider with a lot of experience.”

His final comment had to do with the possibility of having Jonas Folger as a test rider.

“A profile like Jonas would be an outstanding choice. Right now it is important to be able to rely on a rider who has the chance to test on European circuits, plus Folger laps with the same times we do.”