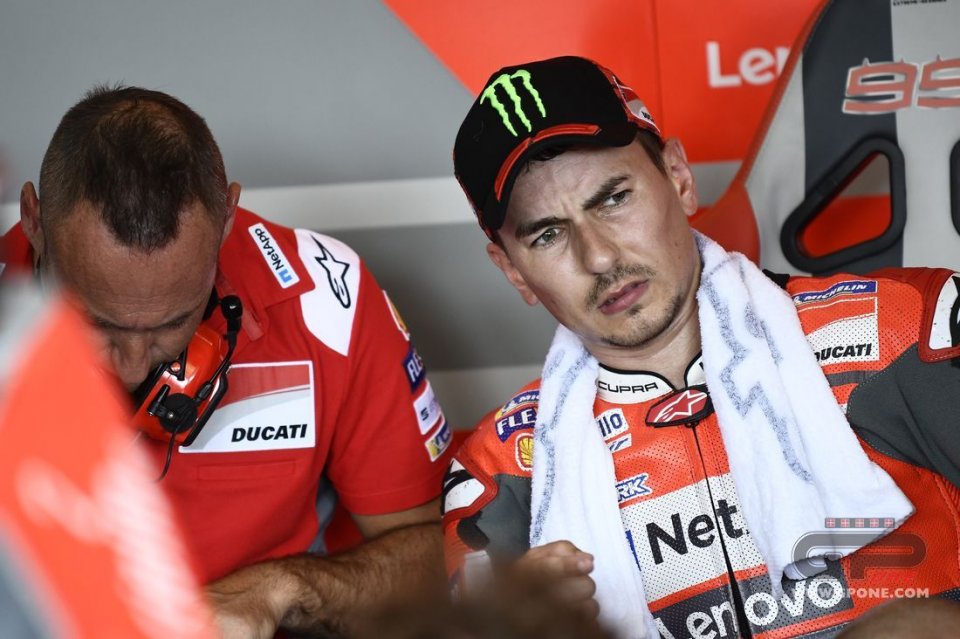 After the Mugello and Barcelona double, Jorge Lorenzo seems to have lost confidence riding his Ducati. In Brno, the 'Reds' are no longer an embarrassment with Petrucci and especially with Dovizioso,  whereas the Majorcan is not managing to find his way. His 15th place time at the end of the day is confirmation of this.

“The Ducati is competitive here. Both Andrea and Danilo did well, whereas for me it was harder than I expected - Lorenzo admitted - It is certainly very hot, but I also found a track with a lot more potholes and the bike did not give me good sensations. I am unable to be incisive in braking and fast going through turns.”

In these cases, you need to run for shelter and do so quickly.

“I need a radical change on my bike. We need to find a different direction - the Majorcan continued - In these conditions, I cannot be competitive and I need to find at least a half a second.”

In Assen and on the Sachsenring he had not struggled either, but in the Czech Republic, things got worse.

“In recent races we had changed the balance of the bike, placing more weight on the front, but it was a mistake - he revealed - I realised it in the race. I had problems with wear on the rear tyre. This is why we went back to a setup more similar to the ones used in Mugello and Barcelona, but I don't feel good with it here. As I said, tomorrow we need to change something, but I am not sure that it will work.”

Lorenzo will also have the new fairing that Petrucci used today.

“I'll try it too - he said - I don't expect a great change, but even a small improvement will be welcome.”