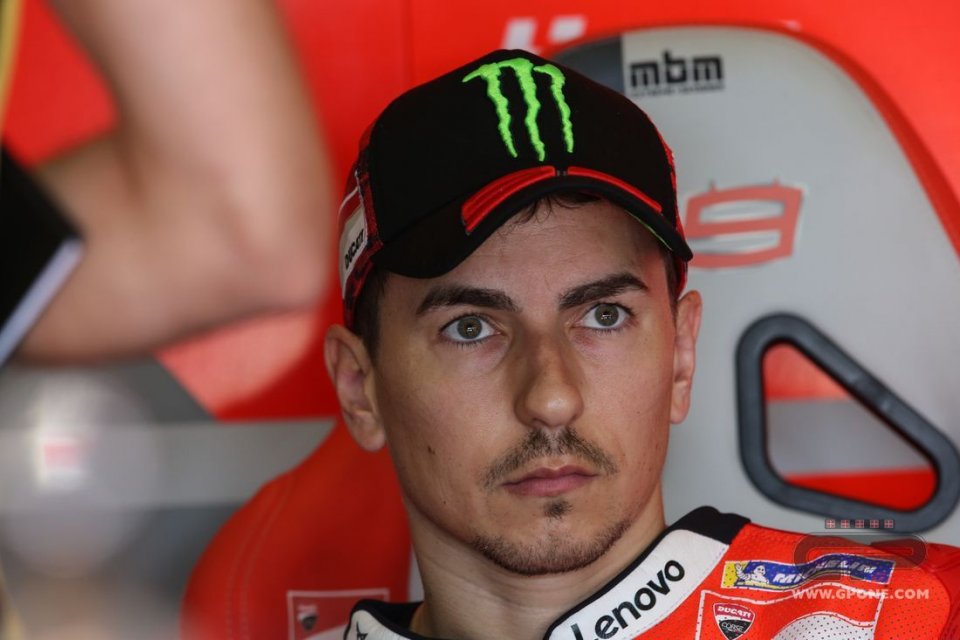 Lorenzo is ready for his last ten races on the Ducati, although he would have preferred a longer break. “We need at least a month's break during the season- he says - They should look at the calendar, move some races, like Phillip Island, to a time of year with better weather”.

For now, Jorge has to put up with it, having had very little time to rest up in recent weeks “just three days of vacation with friends”. Then he was training and enjoying his first (and only) WDW.

“it was amazing. The fans treated me so well, I didn't receive any criticism. I think only Ducati can organise such an event. From the first time I visited the company I've always felt welcome. I tested the Panigale V4 too, it has a great engine and a lot of horsepower, I had fun”.

Now, though, it's back to work with the Desmosedici, expectations for the final part of the season high.

“Right now, I'm much more in harmony with the Ducati and the results confirm this. The last two races, at Assen and the Sachsenring, were the worst for me, i suffered, but that's in the past now. The next two races, Brno and especially Austria, are good for me and the Ducati in theory and so we need to exploit that”.

Perhaps trying to reignite a championship that currently lies firmly in Marquez's hands.

“We've completed 9 races with 10 still to go, so nothing is impossible. But both Marc and the Honda are very strong at all track. It is this competitiveness, rather than their championship lead, that makes me think it will be difficult to catch up in the space of a few races”.

Particularly for Jorge, who is 80 points behind.

“It's a lot, I'm not thinking about the championship, not even the top three. To do so, we first need to be consistent and fast in every race”.

Lorenzo, however, has perhaps spotted a chink in the armour of his future team-mate.

“Marquez wants to win every race, he always has a go, and this could be a weakness. I don't say it because I'm studying him ahead of next season, one thing at a time, and I prefer to focus on myself anyway, not on the others”.

Marquez: "I refused to accept not being able to win, it was my weakness...