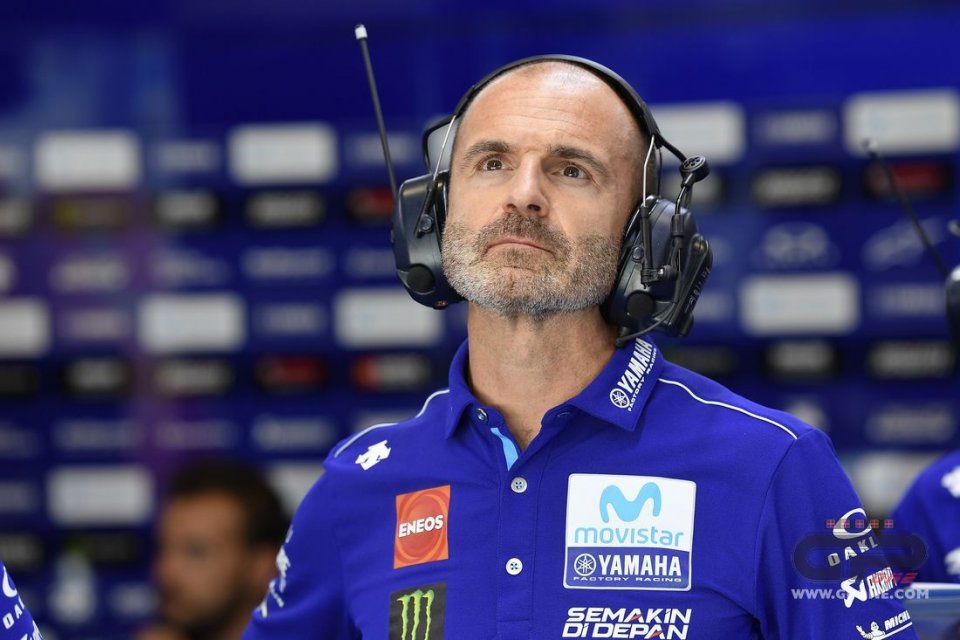 If we look at the numbers alone, Yamaha appears to be the second force in the championship, the only team able to threaten Marquez for the title this season. In truth, the men in blue have simply been the most consistent, with many podiums but without that extra something needed to be real title contenders.

“I won't say that the standings are distorted, but we have done well to exploit every situation and get the best out of our package. In addition, our riders' experience has definitely helped” this is how Massimo ‘Maio’ Meregalli, Yamaha team manager, sees things.

Rossi's 46-point and Vinales' 56-point disadvantage, with 10 races still to run, can easily be remedied against Super Marc. Also because the two riders know that their M1 machines are missing something and are asking for important electronics updates from Japan.

Maio, you've scored many podiums but not one win…
“If we look at the classifications we can be satisfied, less so if we consider we haven't won or been able to be consistently fast. But we have always worked hard, even in difficult situations. Consider the double podium at the Sachsenring, historically a tough track for us, that result was the result of our efforts to optimise everything we have”.

Were you surprised to see such a competitive M1 in Germany?
“After the great Dutch race, I thought it came down to the 'Assen factor'. but after the warm-up, I realised that we could see at least one rider on the podium, I didn't expect to see them both there. It went better than expected”.

Are you not a little disappointed this season, it seems that you need just a little more to really fight for the title…
“I think that some small updates could make a big difference. I also think that, with 250 points still to be assigned, anything is possible. Being able to put a little pressure on Marquez could help us”. 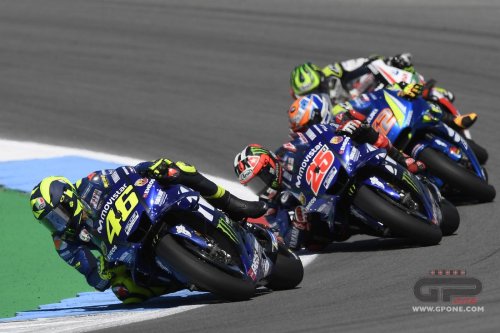 ​You can count on two strong riders. Rossi seems more focused than ever…

who work alongside him”.

At the Sachsenring, he revealed that he studied Folger's data from last year in order to improve…
“That's his work method, he always tries to compare himself to the other Yamaha riders, both Maverick and Johann, to understand where they are quick and to try and do the same. These are all details that allow him to achieve certain results”.

Vinales also seems to be back on the right path now.
“I agree, it's only normal for such a young guy to sometimes struggle to keep calm and patient in the difficult moments. Maverick was complaining about problems that we'd identified in the data, but we didn't understand what was causing them. With time we worked it out”.

Do you mean the difficulties in the early stages of the race?
“Yes, so we started to have him rider with the race configuration during practice and we found a solution. We were able to find a better base setting. Up until three races ago, Maverick was only able to lap with good pace after 5 or 6 laps, in practice too, but now he's fast right away. This is the result of good team-work.  Maverick is a very strong rider when he finds himself in the right conditions, something we must ensure”.

Will Brno be the moment of truth?
“We should receive an electronic update, but it won't be a revolution. In truth, I've not yet received official confirmation about the update, let's just say I'm counting on it (he laughs)”.

Might you risk using it over the race weekend rather than waiting for Monday's test?
“I know Yamaha well and the engineers want to be sure about every update before using it in a race, they prefer to prevent problems rather than resolve them. We could only use it in the race if it was a fairly insignificant update, or one already tested in Japan”.

What do you expect from the Brno GP?
“It's generally a good track for us and so I'm confident. Honda tested there in recent weeks, they may have an advantage in the first sessions but on paper we should be able to match them”.