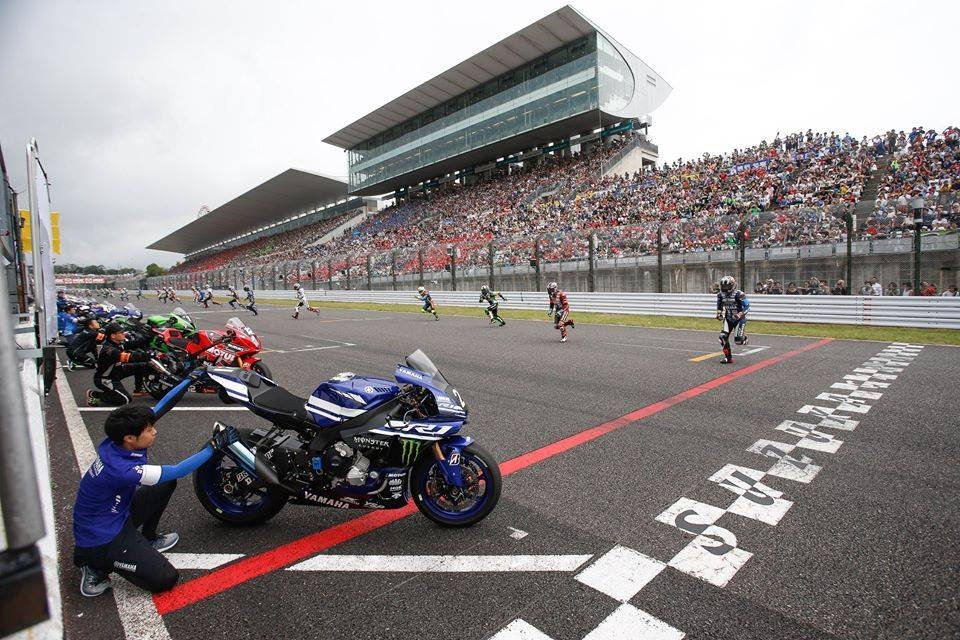 It's the most highly anticipated event of the season, with the title to be awarded, it takes place at Suzuka and all the big name riders and factory teams will be there. It looks as if we have all the ingredients for the Suzuka 8 Hours, the final round of the World Endurance series taking place this weekend.

At the Japanese track, Yamaha is seeking its fourth consecutive win, once again putting its faith in the trio comprising Katsuyuki Nakasuga, Alex Lowes and Michael van der Mark. On paper they are the favourites, having confirmed their potential aboard the R1 during testing. But the competition is stiff, because Johnny Rea has also proved to be a tough cookie around the Suzuka track. Kawasaki continues to focus on the Cannibal, who has been dominating the WorldSBK championship for four years and now seeks confirmation in Japan.

The Northern Irish rider, who stood out in testing two weeks ago, will do all he can to put an end to the Kawasaki fast that has been going on since 1993, the only year it has won, with riders Slight and Russell. over the weekend, we'll see him in action with Kazuma Watanabe and Leon Haslam. Rumours persist regarding the latter's arrival in next season's world championship alongside the Cannibal.

Over to the Honda camp, where hopes are high, in that the 2018 edition of the Suzuka 8 Hours coincides with the return of HRC, called upon to put an end to the Yamaha domination. No easy feat, particularly now that Leon Camier is forced to sit the race out, having hurt himself during the Official Test. PJ Jacobsen therefore takes up the baton, riding the Red Bull Honda with Japan Post team's Fireblade along with Takaaki Nakagami and Takumi Takahashi. The American has been promoted from the HARC-PRO team, leaving his place to Randy De Puniet.

While these three outfits appear to be the main contenders, we should not forget outsider Suzuki. The Hamamatsu manufacturer will entrust its Yoshimura team's GSX-R1000 to Sylvain Guintoli and Takuya Tsuda, confirmed following the last edition. The final rider is still to be announced, though it is likely to be young BSB phenomenon Bradley Ray.

On the one hand, there is the battle of the top teams, and on the other hand the fight for the 2017-2018 World Endurance title. Honda FCC TSR heads to Japan as favourites, with a ten-point lead over Yamaha GMT94. Niccolò Canepa's team have got a real battle no their hands if they want to take the title again. And we shouldn't underestimate others rivals such as Yamaha YART, Honda Endurance Racing, Suzuki SERT, NRT48 and Mercury Racing, for a total of 64 teams taking to the starting blocks.

The race gets underway on Sunday night, at 4.30am CET. 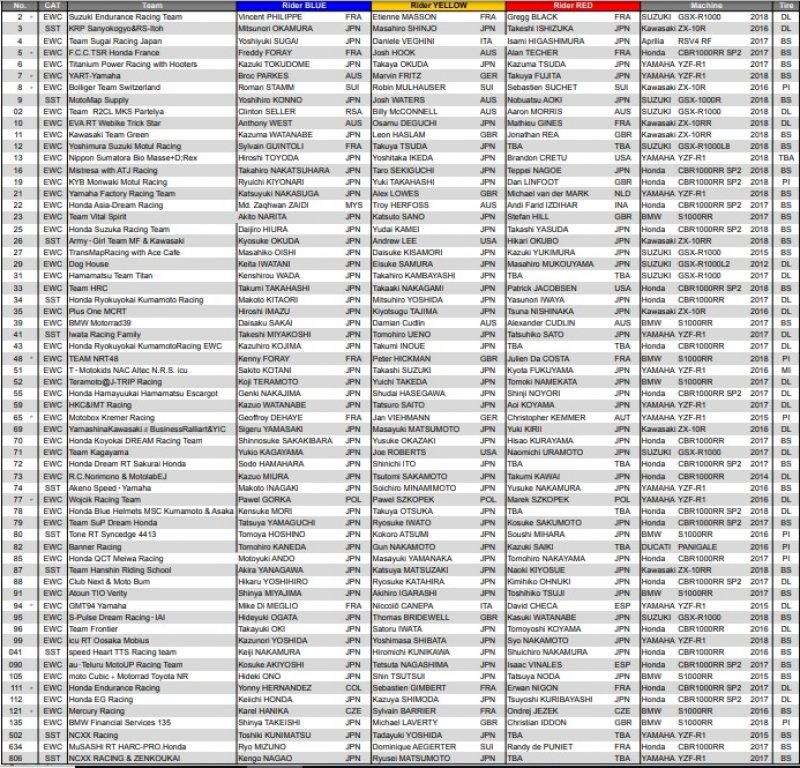