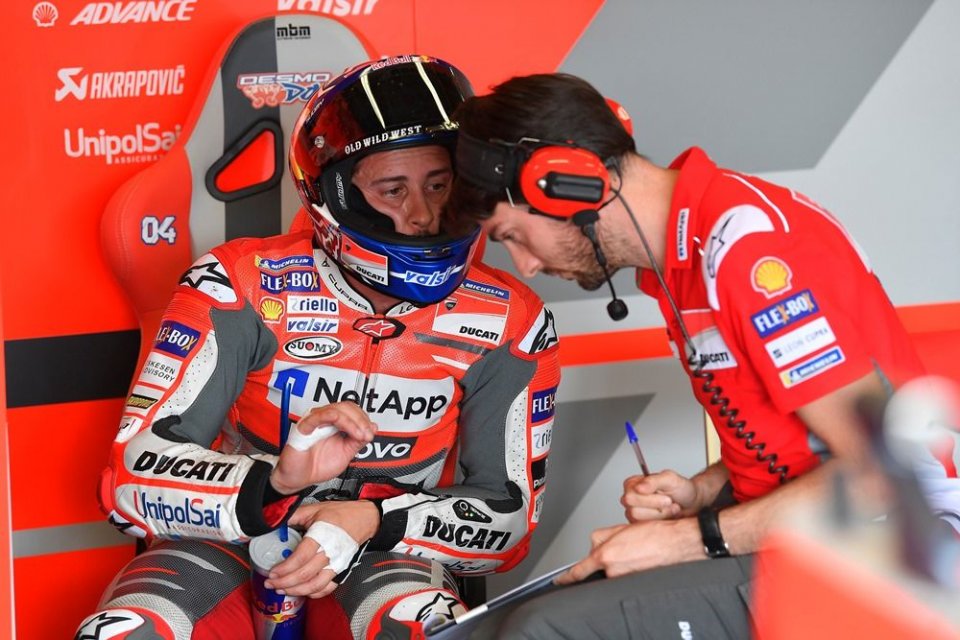 The Sachsenring race is at risk of being a true roulette. In fact, keeping the riders in check is tyre wear and Andrea Dovizioso makes no secret of it. Despite his fifth place in qualifying, the Italian prefers not to make any predictions because there are too many unknowns.

“I don’t know what to expect from the race. This time it is more difficult than the other times – the Ducati rider said – I say that because tyre deterioration is very high compared to other weekends. Truly anything could happen, partly because the speed is only what you see in the sessions and in the race it will be different.”

There is, however, an encouraging aspect.

“We are in line with the fastest riders and FP4 confirmed that. The thing is to understand whether or not we will be able to be competitive after the first 20 laps, since it is impossible to know that. So, we’ll have to try to be fast without wearing the tyre. Obviously I am happy about the second row, but I really don’t know what will happen tomorrow. We could have a go at the race with Marc or we could finish tenth.”

In the meantime, his GP18 caught the interest of many because of reinforcement on the rear.

“There is a weight, a ballast is a question of setup. These are changes that you can make constantly on the bike.”

In any case, Andrea is already thinking about the race.

“I have my own strategy, but a lot will depend on the others. I think we might find an abnormal situation on Sunday, namely finishing the race with no tyres left. That means that managing the tyres become fundamental, also in relation to the other riders.”

Someone asked him how he thinks Márquez will behave.

“Marc won’t push. Partly because he is not the problem we will need to face in the first half of the race and he doesn’t need to pull the group.”