It is no secret that neither Ducati nor its riders like the Sachsenring. Dovizioso has finished on the podium in MotoGP at the GP of Germany only twice (in 2012 and in 2016), whereas for Lorenzo it is one of the few tracks where he has never managed to win (and his last podium here dates back to 2012).

However, the hope is that history may change this year, because the 2018 Desmosedici has already demonstrated that it can shine even on historically difficult tracks for the ‘Red’. Raining on Márquez’s parade on one of his favourite tracks will be fundamental, considering the fact that the Spaniard is running away at the front in the championship standings.

Dovizioso is confident and has his eye on the tyres which, in more than one race, have made the difference.

“The Sachsenring is a track that has created difficulties for us in the past and, as already happened in Holland, this time we will also need to assess tyre performance - he pointed out - This year I think we will be faster than in 2017, as we demonstrated in Assen too, where we expected to be competitive and we were, but the rear tyres are what make the difference and we’ll have to wait for the first practice sessions to understand the situation better. The Sachsenring is not one of my favourite circuits and I don’t have a great feeling on the track, but in any case, I will try to achieve the best possible result.”

Jorge Lorenzo is keen to confirm the progress that has already led him to win two races on the Ducati here in Germany. In the Netherlands, he was unable to repeat the performance, but that has not diminished his optimism.

“We have arrived at the mid-season point with some rather positive results overall. We have grown as the months passed, working well, and I think that now we have a technical package that will let us be competitive on every circuit - he said - In Assen, for example, where in recent years we have not achieved good results, we stayed in the race lead for many laps and came close to the podium. I think that on the Sachsenring the situation will also be similar: it is a circuit where theoretically we could struggle, but in any case, we will have to achieve the most possible with our best efforts. Finding a good setup will be fundamental already on Friday in order to begin the German weekend well.” 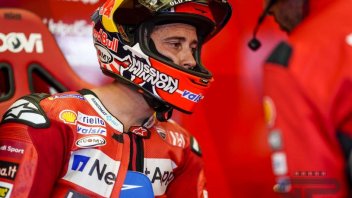 Dovizioso: "the Sachsenring will be a challenge, not only against Marquez... 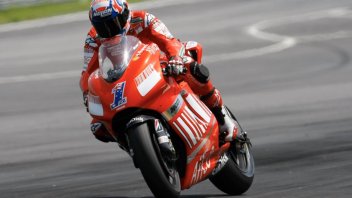 Dovizioso at 298.2 km/h at Sachsenring but the only victory is by Stoner 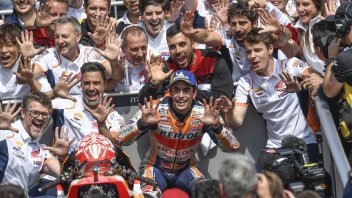 Sachsenring: the Good, the Bad and the Ugly 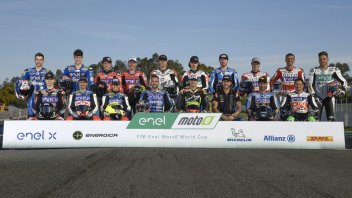