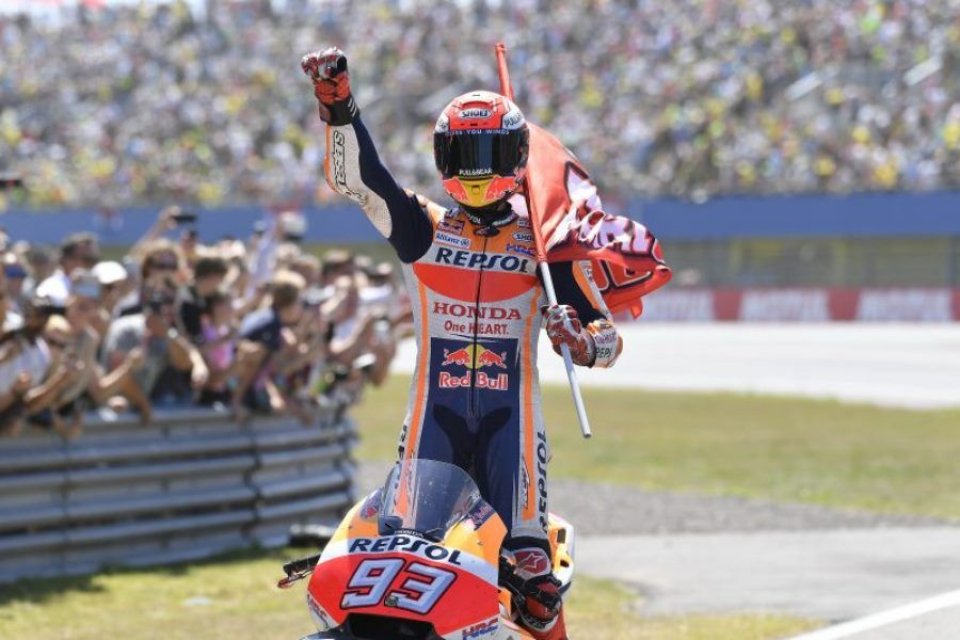 Who will break the spell of the Sachsenring? The German track seems to be tailor made for Marc Marquez who will be after his ninth win in a row in Germany. Since he has raced in MotoGP, the number 93 rider has always dominated the Saxony round, not to mention his previous performances in Moto3 and Moto2.

Morale is high, even more after the performance at TT: “The win in Assen was important because it was incredibly easy to make a mistake in that race – he recalled – but instead, I managed to increase my advantage in the championship. Now we are headed for a very different track where we are normally strong, but it’s a different story every year. You might say that I repeat that phrase often, but it’s true.”

Despite all of the favourable prognostics, Marc prefers to remain cautious: “The weather could play an important role, as we have seen in the past – Marc warned – If it rains, or if the track is in mixed conditions, everything changes very quickly and you have to be ready. We’ll see. I will get to the Sachsenring and try to see where we stand and be strong from the start.”

In the Honda camp, there is also plenty of curiosity on Dani Pedrosa’s decision in 2019. On Thursday, the Spanish rider will hold a press conference to announce his choice. In the meantime, his mind is already on the track: “I am anxiously awaiting the race on the Sachsenring, which is a track that I like – the Spaniard said – In the second part of the Assen race, I managed to maintain a better pace than I had throughout the weekend, so I will try to build this GP on that foundation. I will also need to improve my speed with new tyres – he added – so that I can be better in qualifying.”