While people may have complained that yesterday's was a dull race, today the opposite was true, with just six tenths separating first from third. In any case, nothing and no-one was able to stop king Jonathan Rea, who despite suffering still manage to score his umpteenth double win.

"It was a really tough race - opens Rea –  and while yesterday I could follow my lines, build a lead and manage it, today I spent a lot of energy, and tyre, to get through the traffic. It wasn't easy to pass, I struggled especially with Chaz because he was braking really hard. When I reached Michael I was a bit worried because I wanted to build a gap but was unable to do so. It was really hard, but it's important that we were able to do it”.

With respect to yesterday, Johnny made some changes to his Ninja, though these didn't have the desired effect.

“We made some changes to the front suspension and to the balance, trying to find better corner speeds but this really affected the front tyres, and in braking there was a lot of movement. On the last lap, I tried not to do anything stupid, then in sector three I was quick and was able to hold my position”.

And don't be mistaken by thinking that Johnny was sure he could win today.

“Michael's bike was quick in different points to mine, it was difficult to find a place to pass; in acceleration he was quicker but in the fast part of the long corner I was quicker. He also had better traction, but I couldn't look at lap times because he was quick and I wasn't always able to respect the lines I had in mind”.

The Northern Irishman also makes a point regarding the inverted grid.

“In my opinion, the first race is the won to win, because it's fair, while the second is a race with a handicap; sometimes your fate is in your hands, sometimes it's not. To be honest, it's satisfying to win this year, to win with this regulation. In race two I'm nervous because the other riders see an opportunity to win, and this creates chaos and bad decision”.

back to the race, the number one touches on the battle between him and the two Ducati riders.

“They were aggressive but not overly so. I was too, there was nothing over the limit, maybe I have a few marks from having made contact on my leathers (he smiles). The tricky thing with Chaz is the fact he brakes so hard, while Melandri got past me at the quercia, coming from way off and I thought "he'll never be able to stop" and he did. It's incredible how deep they can brake; they're not shy and I'm not either”.

There's now a long break, which Rea heads into with a 92-point lead in the championship.

“Before Laguna I told myself that if got to the holidays with a 75-point lead, I could enjoy the break, and would eat pizza if I won. Having 92 points is great but anything can happen, we're a step closer to the title though. I just have to keep away from any injuries and remain focused”.

Jonathan closes by remembering William Dunlop, who passed away yesterday after an accident during the Skerries 100: “I did all I could to win so that I could dedicate this to him, i can't even imagine what his family and friends must be going through”. 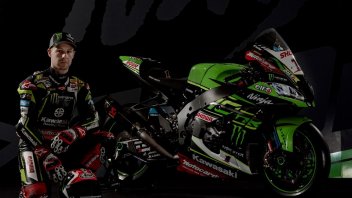 Rea: “Marquez and I race with the same mentality”

Financial problems forced him to reach this decision, despite having signed a contract with the Boe Skull Rider team in September.
6 days 19 hours ago