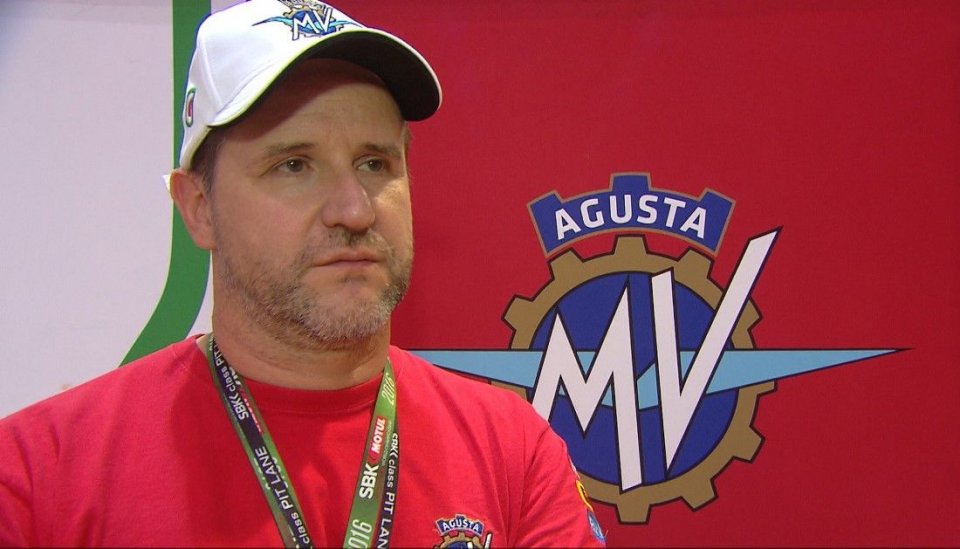 One thing is certain: summer 2018 will be a 'hot' one for the Superbikes. Yes, because on the one side there's the riders market and on the other, the teams, busy with various contract renewals. This applies to both Milwaukee and Ten Kate, but also MV Agusta.

The Schiranna-based manufacturer will not run their F4 directly in SBK, in that it is managed by the Racing Department, headed up by Andrea Quadranti. A totally separate structure that, despite receiving some support from the manufacturer, develops and manages the F4 autonomously.

Up until now, 2018 has proved very tough for the team and Andrea Quadranti analyses the current situation.

“The Misano weekend has been quite a struggle. The fact that Pirelli continues to bring various new solutions to every race is leaving us in difficulty. I say this because we don't have chance to concentrate on finding the right set-up for the bike”.

“Jordi has a totally different style to Camier and as a result we have to start over from scratch with the work every weekend. unfortunately there are many tyres to test and this aspect conditions us, in that the tyres have a real bearing in SBK”.

The situation is very delicate, also because at the end of 2018, the homologation for the Euro3 version of the F4 expires. In addition, participating in the Superbike series is not a priority for the Italian manufacturer.

“When your results deteriorate, the damage is indirect, in that its not easy to get new partners involved in the future. The fact is that continuing like this is not of primary interest to us, also in light of the fact that the new model won't be available. Last year the bike was fighting for the top five while now we're playing catch-up”.

Quadranti cuts to the chase.

“In this situation, I don't see another outfit with which to compete in Superbike. We'll see who we can speak to, to understand what to do next”.

Dorna cannot just stand by and watch, in that they risk losing two historic brands - Aprilia and MV - in one go.

“Of course it's not a given that someone riding an Aprilia won't change bikes. I am only talking about our own situation and in these conditions, I want to understand what the intention is for 2019, particularly in terms of management. I can say though that, in these conditions, as things stand, I'm 90 % sure that we won't continue, in that it makes no sense”.

"By Portimao we'll need to decide, or by Magny-Cours at the latest”.

Rossi: “Maybe we can make a party together for the podium and I will pay...