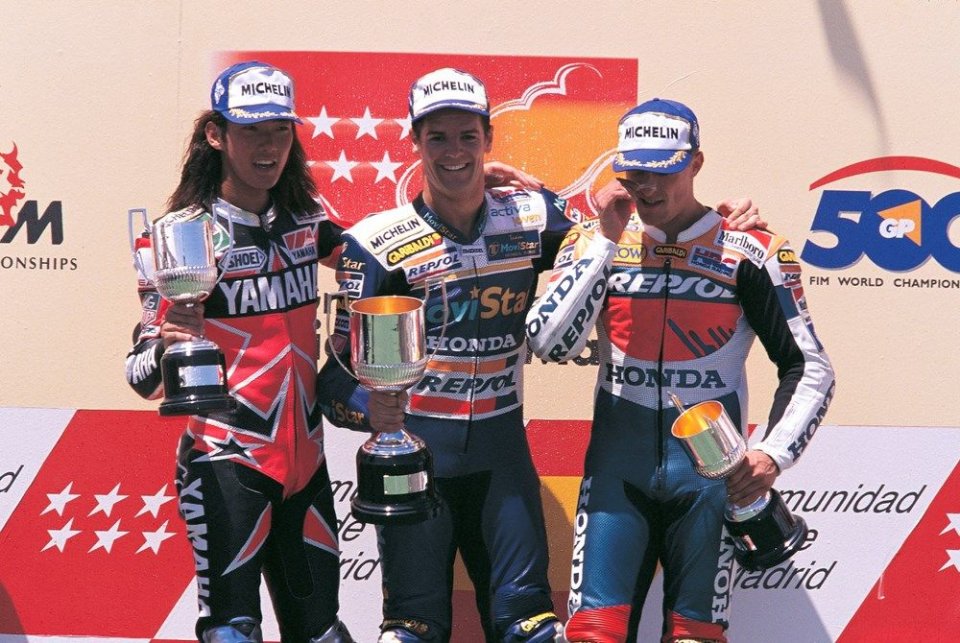 The world championship is almost ready to return to the track following the Montmelo round. Also in attendance at the Spanish round was Carlos Checa, who was interviewed for team Repsol Honda's blog over the weekend. The current season was among the subjects covered.

“The championship is very interesting this year, there's a real battle for the win. Despite the crash at Mugello, Marquez is still a tough opponent, but the fight is still very much alive. We've seen Lorenzo emerge, while Valentino continues to fight at the front, without forgetting Vinales, still looking for the right path with Yamaha”.

Carlos gives his take on the current situation.

“Right now, I'd say that the Ducati is the bike that's working the best, but Marquez is making the difference on the Honda. Suzuki is not doing badly either, though they need more engine power, while Yamaha seems to be suffering at certain tracks. KTM is still a young project, the Aprilia appears the furthest off the pace”.

The Spaniard then takes a bet on the final outcome.

“I'd say Marquez in first place, then Rossi second followed by Lorenzo. But if Jorge continues on this path, he might finish right behind Marc”.

“Many thought he could win last year already and this was a big disappointment. it looks as if Ducati no longer trusted him and decided not to continue the adventure. Perhaps, if the manufacturer had waited until Brno, things would have been different, though no-one could have expected him to win two consecutive races at Mugello and Barcelona”.

Lorenzo aside, attention turns to Marquez and Pedrosa.

“Marc seems more mature than last year. He made a mistake at Mugello but came second at Montmelò, an important result. Dani is a sure thing for any team. Perhaps his build and many injuries have conditioned him over time, but you can never question his value”.