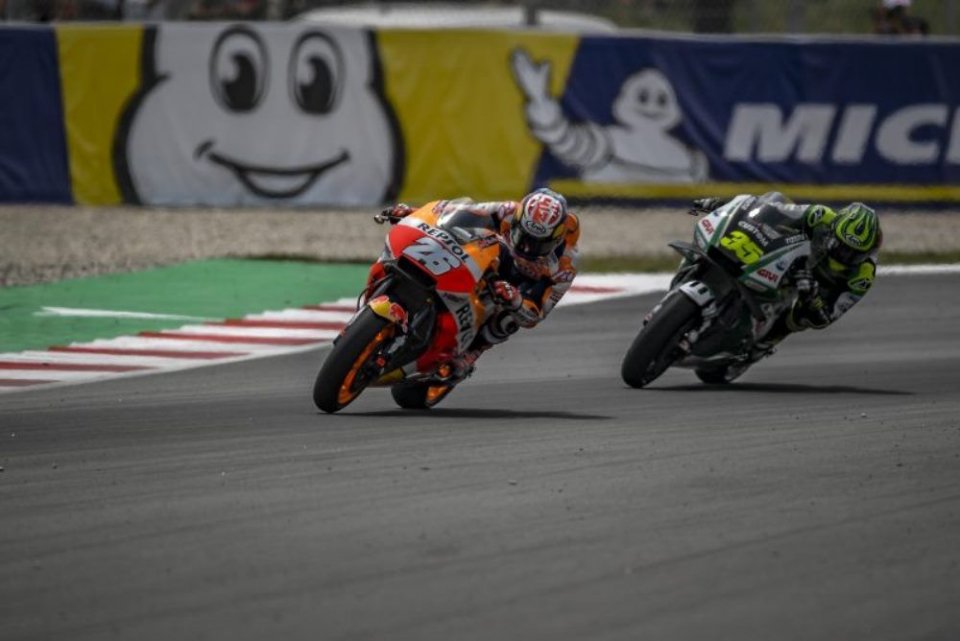 For Dani Pedrosa, it was certainly not a simple weekend, although his fifth place finish in the race leaves a touch of a smile on the Spaniard’s face. The Honda rider tried to duel with Crutchlow, but there was no chance.

“I am happy to have brought home the best result of the weekend – Dani began – I started eleventh and at the end of the race I finished fifth, demonstrating good progress. Unfortunately, I was lacking a bit of confidence with my ride – he added – especially in terms of grip and riding through corners.

“In braking I felt very strong. The problem was coming out of turns where, in fact, I lost time – he analysed – Cal proved to be more competitive than me in those aspects. Among other things, Viñales also tried to overtake me, but I resisted. I hope to work tomorrow in the tests with the goal of finding improvement going through corners.”

The last comment concerns his future. Speaking of this, Jarvis said that it would be nice to have a team made up of Pedrosa and Morbidelli. The Spaniard evades the issue.