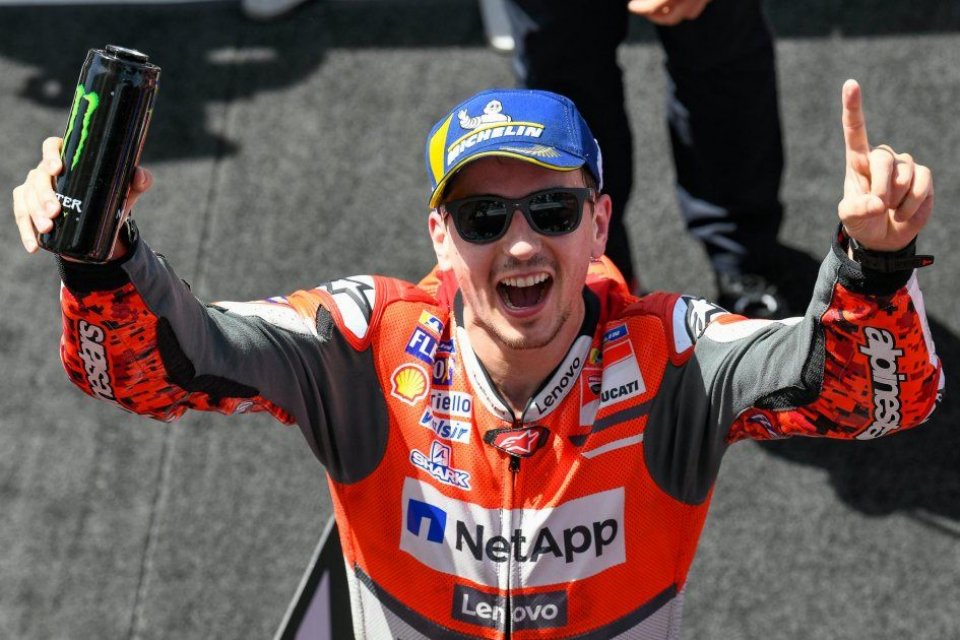 The Mugello weekend will long remain in Jorge Lorenzo's mind, in that it marked his first race win on the Ducati. Thanks to his Italian win, the Majorcan is now fifth in terms of riders with the longest winning GP career, triumphing at Misano exactly 14 years and 256 days after his win at Rio de Janeiro with the Derby in 125. In this special classification, Dani Pedrosa precedes him, while Valentino Rossi continues to lead the way, followed by Loris Capirossi and Angel Nieto.

Back to Lorenzo and here are some other stats following his latest Ducati win.

- Jorge Lorenzo is the second rider in history to win with Yamaha and Ducati after Loris Capirossi.

- Jorge Lorenzo is the sixth rider to win with a Ducati in MotoGP, equaling the number of wins by Andrea Iannone and Troy Bayliss.

- Thanks to its Mugello win, Ducati has equaled Moto Guzzi's tally of 45 victories.

- Jorge Lorenzo took 24 races to bring the Ducati to success. Only two riders have taken less time, or rather Casey Stoner (1) and Loris Capirossi (6).

-  Lorenzo's win was the fourth for Ducati in Italy, after Casey Stoner at Mugello in 2009 and Misano in 2007, and Andrea Dovizioso at Mugello last year.

- Thanks to his win in the Italian GP, Jorge Lorenzo has now reached the podium on 111 occasions in the top class, one less than Dani Pedrosa (112). Valentino Rossi leads on 194.

- At Mugello Lorenzo reached the podium for the 149th time in his career. He will aim for number 150 at Catalunya. Leading the way in this classification is Valentino Rossi (230), followed by Giacomo Agostini (159) and Dani Pedrosa (153).