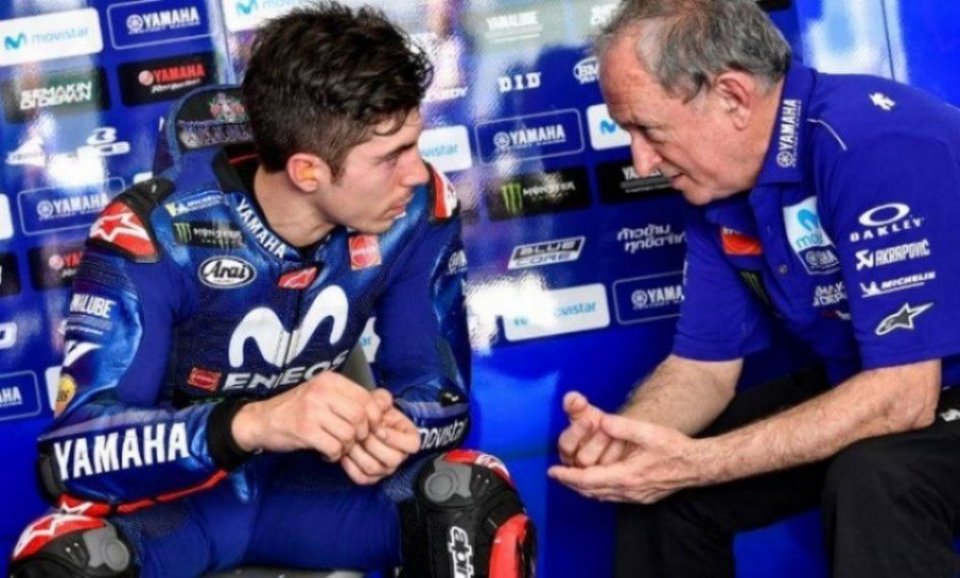 On the Sunday when Rossi celebrates on the third step of the podium, the flip side of the coin in the Yamaha garage is represented by Maverick Viñales, only eighth across the line. There is no lack of anger and disappointment on the part of the number 25 rider.

“I’ve had enough of this situation – he began – It is incredible that every time we turn up at a race, we have to deal with grip problems. In FP4 I felt competitive and after the warm up this morning I even thought I could win – he revealed – Instead, I found myself a second slower. I struggled since I risked ending up on the gravel on every corner, all without even pushing 100%. Right now a performance like that is hard to believe.”

Maverick has no explanation.

“I felt good in free practice with the tyres, as well as in qualifying – he pointed out – The problem is that everything changes when we get to the race. It is impossible that the bike doesn’t work and I’m not even able to explain it. Maybe the lack of grip could depend on the fact that Moto2 raced before us, but I have trouble believing that.”

Viñales then focuses on the early stages of the race.

“At the start, I lost the front at Arrabbiata 2 and I still don’t know how I managed to stay up. Fortunately, at the mid-race point I managed to be fast, exploiting the rear, but with the front the sensations were terrible. Last year, nothing like that happened in the early races.”

On the day the Spaniard loses his second place spot in the championship, Maverick attacks Yamaha.

“Yamaha needs to give me an explanation. I am here to win and I want a response from the team, since they need to help me and especially demonstrate it. I say this because they promised me a bike to win, but right now that is not the way it is.”

And to think that the last tests in Barcelona had left a smile on his face.

“On that occasion I found the right confidence – he recalled – but today was the opposite. I hope that Yamaha can resolve this problem, but more than anything else, that they will receive my message. Like I said, they promised me a bike to win, not to finish in seventh or eighth place.”

However, Viñales does not want to give up.

“When I was with Suzuki, the sensations were the same on Friday and on Sunday. There were not all of these changes. Now I am 28 points behind Marquez. There is still time to make up the loss, but Yamaha needs to help me. I need something that will let me overcome all these difficulties in the race.”

Alvaro and Leon Haslam will be back in action on Thursday and Friday at Motorland, new material and engineers expected from Japan
1 day 8 hours ago

For the first time the riders will use the brand new rear tyre in the race which will be put to the test by the extreme heat. In MotoE tyres made...
1 day 11 hours ago

The Dutch team (which was supposed to run with Tom Toparis and Gianluca Sconza) has postponed its debut in the World Cup due to the financial...
1 day 20 hours ago

Among the other teams, Webike SRC Kawasaki France Trickstar (EWC champions) and Moto Ain (Superstock champions) will use the French tyres
4 days 13 hours ago