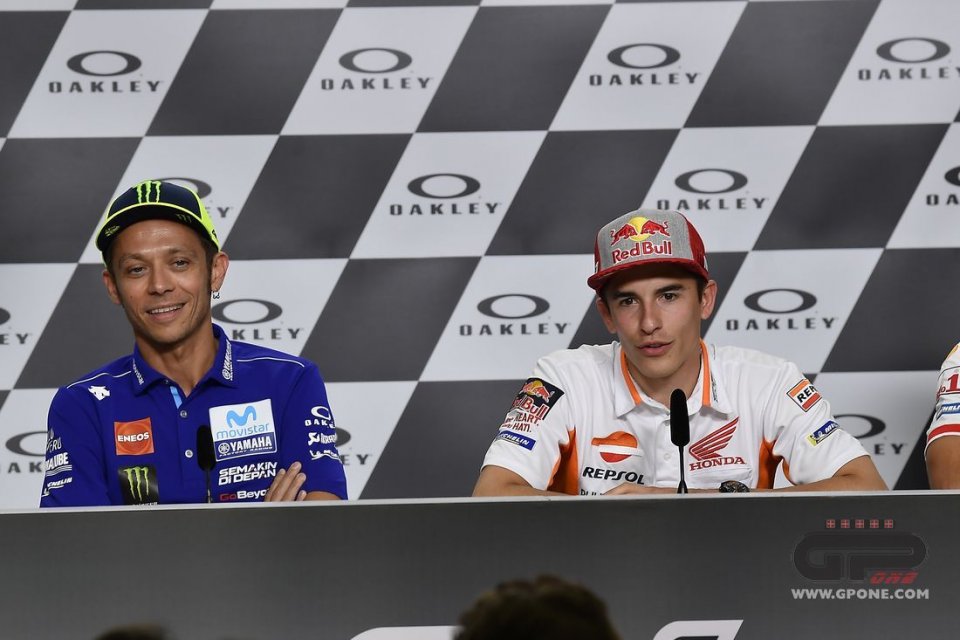 Valentino Rossi has not won at Mugello for a decade, and a win would be something for the Italian fans to celebrate. Something he was asked about in fact, in light of the political troubles that Italy is currently facing.

“If president Mattarella wants to call me, maybe I could give him some advice” he laughed. Before underlining: “I'm joking, just to be clear!”.

Despite the complicated situation for Yamaha, the Mugello air has put the Doctor in a good mood, something that is clear to see during Thursday's press conference. He also joked about Lorenzo's possible return to the M1.

“After having tried to stop Zarco, I'll do the same with Jorge - he joked - I know Lorenzo well, I raced with him for a long time, he's a great rider and I know how strong he is on the Yamaha. If he comes back he'll be tougher but it's also the same right now with Johann. It won't change much, when you're in Yamaha you always have strong team-mates, this makes your life more difficult but also motivates you”.

Valentino then touches on a fantasy VT46 team with Morbidelli and Lorenzo as riders, as improbable as that is.

“Franco would do well do ride a Yamaha and have Jorge as a team-mate, he could learn a lot from him. Me Lorenzo's team manager? Better not, I'll be the premier instead” he closes with a laugh.

Good humour is a precious ally, but it won't be enough for Valentino, who knows he's in for some tough days.

“Right now, our potential is not at the level we need to win, I expect to suffer this weekend. I'll give it my all and more, because it's my home round and I hope to fight for the podium, that would be a great goal”.

Mugello was once happy hunting ground for the Doctor, but the situation's been different in recent years.

“I've won here 9 times, it's a fantastic track. When I moved to 500 it was complicated at first, in one race I crashed and then it rained in another. Then I started to win and did so 7 times in a row. In the second part of my career it's been more difficult, and there was also some bad luck. In 2016 I had chance to win but broke the engine, last year I was beaten up”.

Following an MX accident. At least this time Rossi is fully fit.

“That's definitely an advantage. I'm coming off a podium at Le Mans, but I need to understand my potential at this track. The tests were not fantastic, but we didn't have ideal conditions and it rained in the afternoon. We'll see what happens”.